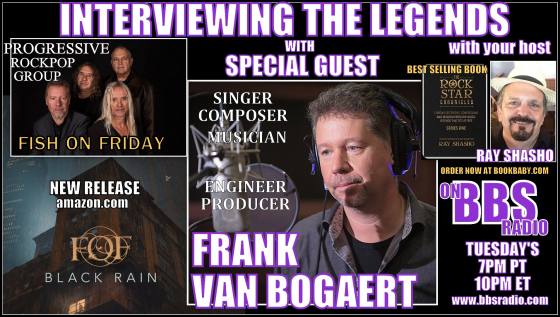 Black Rain is Fish on Friday’s fifth and arguably strongest album up to date. As usual the production is flawless, and the songs and arrangements are well thought-out. The band, featuring Nick Beggs, Frank Van Bogaert, Marty Townsend and Marcus Weymaere, sounds tighter and punchier than ever before.

Buy the latest release by 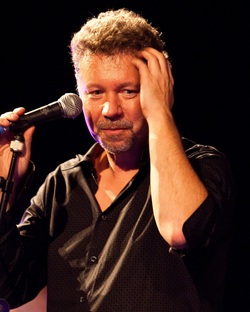 Born 1962, Frank Van Bogaert started his music career at the age of 18 with the founding of Belgian New Wave band 1000 Ohm.  In 1981 1000 Ohm scored a big international hit “A.G.N.E.S.”, today still a much-aired New Wave evergreen. By the end of the 80’s and the beginning of the 90’s Frank had also become a much in demand composer of radio commercial tunes and TV series music. This is also the time when he bought Antwerp based ACE Studio.

His management and producer skills quickly catapulted the ACE Studio from a moderate studio to one of the most reputed and busiest studios in the country.  Even today, in these troubled economic times, ACE still stands strong as one of the few top of the range studio’s the country still has left. From mid-90’s on, Frank also began to release Electronic/Cinematic music under his own name. The last decade Frank has been specializing in producing rock music with a preference to Progressive rock, a music style he grew up with and has great affection for.

For those with nostalgic feelings about that warm 1000 Ohm vocal sound, it’s back, just listen to Fish on Friday’s albums.

Black Rain is Fish on Friday’s fifth and arguably strongest album up to date. As usual the production is flawless, and the songs and arrangements are well thought-out. The band, featuring Nick Beggs, Frank Van Bogaert, Marty Townsend and Marcus Weymaere, sounds tighter and punchier than ever before.
As a response to the positive reactions to Lula Beggs' vocal contributions to Fish on Friday’s previous album "Quiet Life", Lula was given a bigger guest role, now appearing on four of the eleven tracks on the album.
Black Rain, comes close (it isn't entirely) to being a concept album about the fast changing, (for some way too fast), world we live in...Our changing environment, refugees fleeing from war and global political madness. Although the album certainly has its dark sides, there is also room for sun and happiness.
As always with Fish on Friday’s artwork, the album is packaged in a beautiful 6-panel digipack with a 16 page booklet designed by Michal Karcz, which truly compliments the music to make every aspect of Black Rain a true work of art and an album for our times.

Buy the latest release by 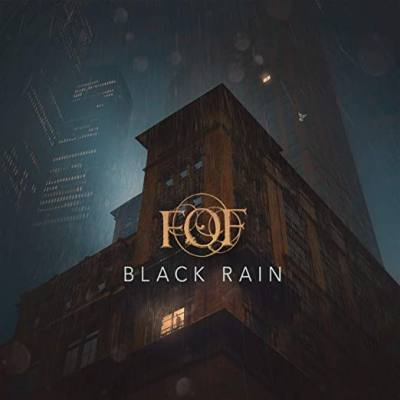 Very special thanks to Frank Van Bogaert for arranging this interview and the dynamic duo of Doug & Don Newsom of BBS Radio for making the magic happen for each and every broadcast of Interviewing the Legends. If you have comments or suggestions for the show contact me at interviewingthelegends@gmail.com and please subscribe to my You Tube channel interviewing the legends with Ray Shasho for the very latest interviews … It’s REAL NEWS!