You heard it here first; Robert Spencer with Jihad Watch predicted the populist victory of Giorgia Meloni who is expected to become Italy’s new Prime Minister.  He talks about what the race means and why Libs and globalist elites and the Media are freaking out.

You heard it here first; Robert Spencer with Jihad Watch predicted the populist victory of Giorgia Meloni who is expected to become Italy’s new Prime Minister.  He talks about what the race means and why Libs and globalist elites and the Media are freaking out. 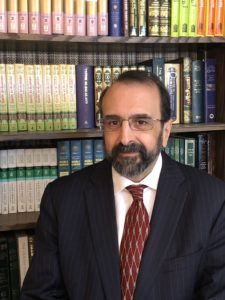 ROBERT SPENCER is the director of Jihad Watch and a Shillman Fellow at the David Horowitz Freedom Center. He is the author of twenty-one books, including the New York Times bestsellers The Politically Incorrect Guide to Islam (and the Crusades) (Regnery Publishing) and The Truth About Muhammad (Regnery Publishing) and the bestselling The History of Jihad From Muhammad to ISIS (Bombardier Books). His latest book is Rating America’s Presidents: An America-First Look at Who Is Best, Who Is Overrated, and Who Was An Absolute Disaster (Bombardier Books).

Spencer has led seminars on Islam and jihad for the FBI, the United States Central Command, United States Army Command and General Staff College, the U.S. Army’s Asymmetric Warfare Group, the Joint Terrorism Task Force (JTTF), the Justice Department’s Anti-Terrorism Advisory Council and the U.S. intelligence community. He has discussed jihad, Islam, and terrorism at a workshop sponsored by the U.S. State Department and the German Foreign Ministry. He is a senior fellow with the Center for Security Policy.

Spencer is a weekly columnist for PJ Media and FrontPage Magazine, and has written many hundreds of articles about jihad and Islamic terrorism. His articles on Islam and other topics have appeared in the Los Angeles Times, the San Francisco Examiner, the New York Post, the Washington Times, the Dallas Morning News, Fox News Opinion, National Review, The Federalist, The Hill, the Detroit News, TownHall.com, Real Clear Religion, the Daily Caller, the New Criterion, the Journal of International Security Affairs, the UK’s Guardian, Canada’s National Post, Middle East Quarterly, WorldNet Daily, First Things, Insight in the News, Aleteia, and many other journals. For nearly ten years Spencer wrote the weekly Jihad Watch column at Human Events. He has also served as a contributing writer to the Investigative Project on Terrorism and as an Adjunct Fellow with the Free Congress Foundation.

Spencer (MA, Religious Studies, University of North Carolina at Chapel Hill) has been studying Islamic theology, law, and history in depth since 1980 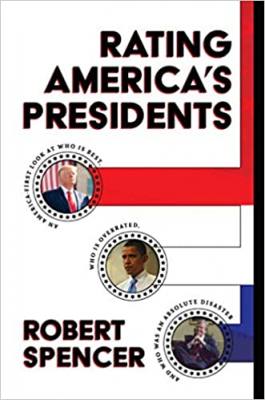 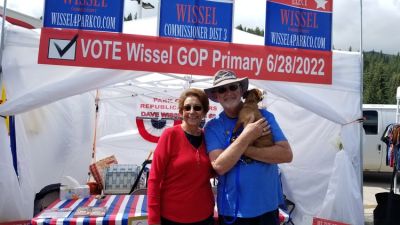 Growing Up: I was born and raised in Eads, CO. My parents, Henry “Burrel” and Ruby, were from farming families and longtime residents of the area. I have an older brother, Ken. My father was a barber by trade and operated Burrel’s Barber Shop after serving overseas in World War II. He semi-retired from his shop and worked for the local Draft Board until fully retiring in 1986. My mother worked in the office of the local Eads hospital for over 30 years until 1987. Following retirement, they moved to Fairplay to help my wife, Lillian, and I raise our children.

My father and two of his brothers (one older, one younger) each married one of the three Buck sisters!

My First Job: When I was 12, I began working at the local flower and gift shop owned by my aunt and uncle. Frequently, we worked into the night getting flowers ready for weddings or funerals. This is where I learned the work ethic that I still carry with me today. They later opened Wissel Dry Goods where I worked through high school until leaving for college in 1974.

College: I left for college in the fall of 1974 and attended Southern Colorado State College in Pueblo, and attended one year.  I was a music major with a minor in Business Administration. I loved band.

Love for Music: I am a drummer to the core; playing music is my passion. In fact, I played rock ‘n’ roll with my brother from age 12 through today! He plays bass guitar. Our dad used to drive us to and from gigs around southeastern Colorado when we were starting out. Music was always important in our family. My father loved music – he played trumpet and was a member of our church choir along with my mother. They always sang for Sunday services. I still enjoy singing hymns at church on Sundays.

As a child, I tried to learn piano, but my teacher couldn’t get me to play softly. I wanted to make noise – not just music! In fifth grade, I switched to drums.

Finding My Forever Home: I moved to Fairplay in the summer of 1979 to play rock ‘n’ roll with my brother Ken who was working for CDOT as a “drift buster.” I needed a day job so I applied for a position at the Park County Assessor’s Office doing administrative work. I was promoted to Deputy Assessor after six months and in October 1980, I was appointed as Assessor. I proudly served in that capacity for 38 years.

My grandfather, Aurelias Barr worked on the Sam Hartsel Ranch in the 1920’s – 30’s with his two brothers. That was the beginning of our family heritage in South Park.

Love of my Life: I met my wife, Lillian, in 1980 while we were both working for Park County – I was Deputy Assessor and she was Administrative Assistant to the Board of County Commissioners. We became fast friends and shortly after getting to know her, I knew she was the one. We were married in May 1982. We have three children together: Brandon, Jennifer and Dominic. Lillian has two sons from a previous marriage, Mark and Jeffery. We have a wonderful, large family that has given us grandchildren, great grandchildren and grand-dogs!

My Hobbies: Playing drums! I was a member of the band Revolver from 1979-2012 . We played classic rock ‘n’ roll all over Park County. I get an opportunity to play every now and then, and I still love it! I also enjoy spending time with my family – we are lucky that our children live in Colorado.

I also serve on the Board of the Upper South Platte Water Conservancy District (USPWCD) and have been involved with that organization since 1985. I wanted to get involved and give back to the county that had given me so much.

My Philosophy: Lillian and I do not know a stranger. We are regular local folks. We have remained here through these years because we love this place, and the people. I am a good listener - I have to be - since I have hearing loss in my left ear. I was swimming and got an ear infection when I was five. It has taught me to be a very attentive listener.