The economy is a disaster under the Biden Administration with rising costs hitting American families hard.  Yet the Dems try to use smoke and mirrors to convince us this year’s 4th of July BBQ is actually cheaper than under Trump.

Plus political commentator Ted Harvey on another Dem con job regarding a “for the kids” ballot initiative. 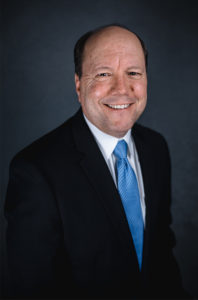 Ted Harvey is a former state legislator from Colorado. In 2001, Harvey was elected to the Colorado House of Representatives as a Republican, representing the 43rd House District. Elected in 2006 to the Colorado Senate, he represented Senate District 30, which encompasses Northern Douglas County—Highlands Ranch, Lone Tree, Parker, and Roxborough Park. He was also one of Colorado's delegates to the 2020 Republican National Convention in Charlotte, North Carolina.

Now chairman on the Committee to Defeat the President

Retired Colorado State Senator Ted Harvey has always had a passion for protecting the Constitution and the unborn, while promoting the free-market principle which have resulted in America’s unmatched exceptionalism. At the age of 22, Ted received a political appointment to serve in the White House of President Ronald Reagan, which ignited his passion for traditional conservatism.
After returning home, Ted quickly became involved in Colorado politics, working as a staffer in the Colorado State House and then as the Program Director of the Independence Institute, a Denver-based think tank. Ted also served as the District Office Manager for Representative Joel Hefley (R-CO).