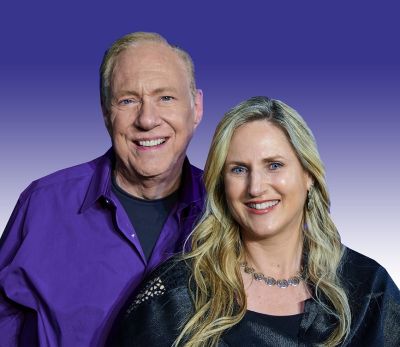 Today we are speaking with Lee Carroll and Monika Muranyi who work together as part of a joint mission to share the messages and teachings of Kryon’s wisdom. Lee’s relationship with Kryon began in 1989 when he experienced a profound loving energy that awakened him to an understanding that God was bigger than anything he was ever told. Since then, Lee has produced fourteen Kryon books, and was the co-author of three Indigo Children books. These Indigo books introduced the world to the term “Indigo Children” in 2000, spawning many follow-up books by various authors, a movie, a documentary, and lots of interest worldwide regarding our changing kids! The Indigo books have sold almost half a million copies world-wide in twenty-three languages. Lee is the original channel for Kryon and his service to humanity as a channel for Kryon has been recognized by the Delphi Metaphysical University who awarded him an honorary doctorate degree of Science, Transpersonal Psychology, & Metaphysics. In addition, Lee Carroll has been listed as one of the “100 most spiritually influential living people” by the prestigious WATKINS “Mind, Body, Spirit” magazine from the UK for over six consecutive years. In 2012 Monika Muranyi began her journey with Lee when she launched her first published book, The Gaia Effect. Monika went on to publish three more subject-driven books from the vast collection of Kryon channels. As a result, she has masterfully helped tie together the complex subject of who we are and why we are here. Throughout her books, Monika has posed dozens of questions to Kryon that provide us with greater understandings and new realizations about our esoteric truths. Their partnership in the Kryon work has resulted in the creation of three beautifully illustrated oracle card decks, two Kryon Apps for the smart phone, and a weekly online gathering of old souls who participate in the Healing Wednesday program. Learn More: www.kryon.com, www.kryonmasters.com, www.monikamuranyi.com