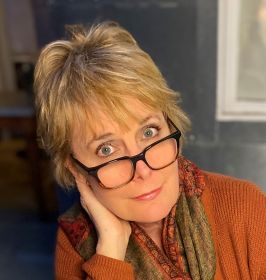 It’s tempting to judge cult followers as weak-minded and gullible, until the reality of groupthink’s pervasiveness sets in. Radhia Gleis, spent 25 years in the Buddha-field cult, and now she draws chilling parallels between cult leaders and political leaders; between cult dynamics and social networks; and makes a fascinating show guest. The Followers lays the groundwork by skimming Gleis’ upbringing in Hollywood and tracing the steps of her life when, at age 14, she began to crave a deeper sense of spirituality. She spent the next 12 years searching for nirvana, and at age 26, she found what she thought she had been searching for. Gleis draws strong parallels between her devotion to a cult leader — an authority — whose damaging behavior and influence she willfully ignored, and the followers of other narcissistic authorities. She goes into detail about the characteristics of narcissists and explains the “feedback loop” that sustains the disciple-narcissist dynamic. Gleis weaves together her personal experiences with reflections on a number of thought-provoking topics, including the search for a higher truth, cults, groupthink and mind control, authoritarian leaders, malignant narcissistic personality disorder and sociopathy, the American schism, and how an intelligent, well-educated person may find herself under the control of a narcissistic sociopath

In print she has been featured on PArticipate, “Following On, Or Beyond The Buddha-field,” by journalist Bruce Dennill (South Africa); interviewed by Samantha Bartlett, Daily Star, Canada; Dorothea Jacobs, SUN UK; Austin Woman Magazine; UK’s Global Woman Magazine; and 360 Magazine. She was invited to contribute a Guest Post, “How to Recognize a Narcissist,” in Ms. Career Girl. Her book has been reviewed by Inger McPhail, Roger’s Review; Senora Scott, Concho Valley News; and Stacy Hearne, Author’s Reading.com. 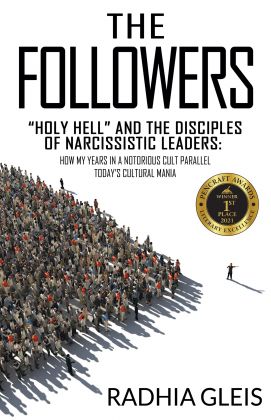