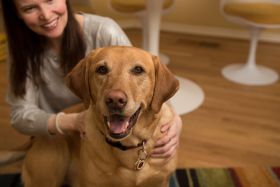 “Missologist was created because I have such a huge passion for cocktails and mixology, and I wanted to share it with other women. Women have been largely excluded from the cocktail space,” Schaefer said. I’m the only female mixologist on YouTube. Missologist wants to change that by starting a cocktail revolution. Mixology is fun and doesn’t need to be intimidating. I want women to go beyond the Cosmo and be able to confidently order any cocktail they want when they go to a bar.”

Women weren’t allowed to be bartenders until 1971. Today, mixology is still considered to be a “man’s hobby.” The Missologist subscription box brings women (and men) into the cocktail space to learn about a subject that has generally been an exclusive and elusive club. Missologist is different from other similar subscription boxes because each contains only premium ingredients and special gifts.

“I'm really excited to be supporting a local female-owned distillery and their awesome recipes,” Schaefer said.

Boxes can be purchased for $61.99. Individual cocktail boxes are available in premium and basic kits. Tools and Missologist merchandise are also available on the website.

Nicole Schaefer is a lawyer in Portland, Oregon. She also loves mixology and wanted to get other women involved in it too!