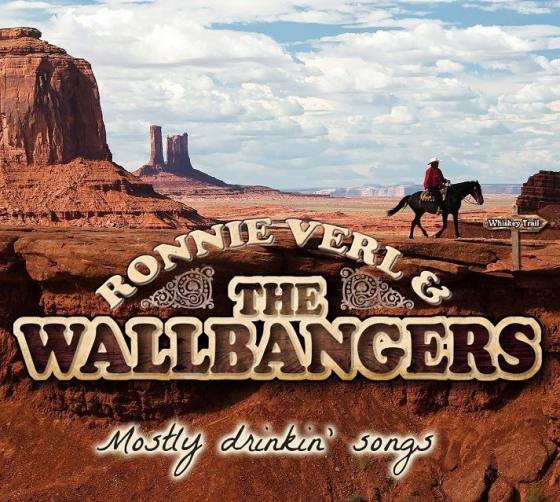 Ronnie Verl & the Wallbangers are celebrating the release of their debut album, Mostly Drinking Songs. Singer Ronnie Verl has been a writer for more than 40 years, crafting songs with the late Shad O’Shea for Fraternity Records and also contributing comedy bits to former radio icon Gary Burbank, among other projects. Mostly Drinking Songs is a collection of songs written over the past several years and, while there are some humorous moments, the nine-track release is loaded some seriously well-crafted vintage Country. The Wallbangers feature Bryant’s son, Dusty (a local musician with his group The Dusty Bryant Band), wife Paula and a cast of local music all-stars.