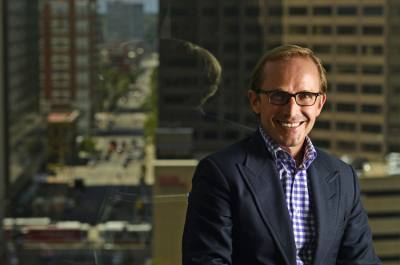 Ted Trimpa is the Principal and CEO of Trimpa Group LLC, a national political consulting and government relations firm that specializes in progressive public policy advocacy and political strategy.  With offices in Washington D.C. and Denver, Trimpa Group develops cutting-edge public policy strategies at the state and federal levels.  Trimpa also serves as a board member for numerous organizations, including the Democracy Alliance, ProgressNow, Third Way, Citizen Engagement Laboratory, and Tectonic Theater Project.

Trimpa is one of the country’s most sought-after advocates resulting from his deep understanding of the national and multi-state public policy, political, and nonprofit landscape.  Called “Colorado’s answer to Karl Rove” by The Atlantic, Trimpa is a nationally recognized Democratic strategist and operative.  He is considered a key architect of the political infrastructure that facilitated the Democratic Party’s resurgence in Colorado after decades of Republican dominance—a turnaround so dramatic National Review dubbed it the “Colorado miracle.” Campaigns & Elections recently named him one of the top five Democratic political players in the state.