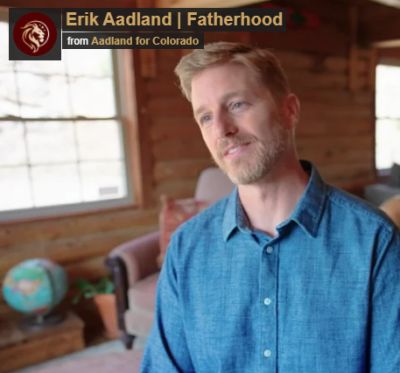 Erik was born into an Army family as the son of Major General (Ret) Anders and Sandra Aadland.  Moving over 21 times, Erik graduated from High School in Heidelberg, Germany, then went on to attend the United States Military Academy at West Point, NY.  Graduating in 2002 not long after 9/11, Erik was commissioned an Army officer and went on to serve with combat tours in Iraq and Afghanistan, during which he received two Bronze Stars (one for valor).

Aadland left the Army as a Captain in 2011 to pursue a career in the Oil and Natural Gas industry, which culminated as a Project Manager managing the onshore construction of the Leviathan Project in Dor, Israel.  After leaving his company in 2020, Erik finished his Master’s degree from Pacifica Graduate Institute in Depth Psychology and chose to dedicate himself to the political arena.

With the country’s future imperiled by a corrupt establishment, Aadland once again feels called to honor his oath to defend the Constitution by running for U.S. Senate, committed to putting Colorado first.

Erik’s proudest accomplishment is his marriage of 15 years out of which he has three children (including a newborn).  He currently resides in the lovely front range of the Colorado Rocky Mountains and never intends to move again.