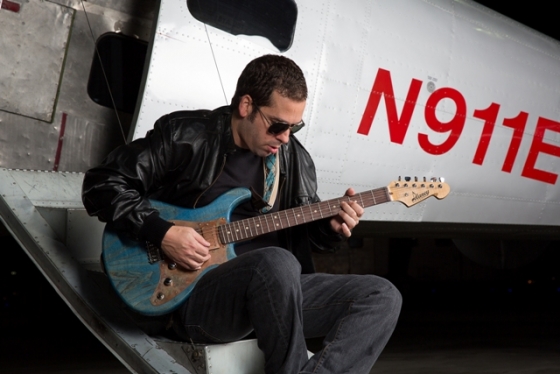 ​ IS THE SPECIAL GUEST ON THE RAY SHASHO SHOW

Albert Castiglia arrived on the International radar after Buddy Guy's iconic harp-blower, Junior Wells, heard the young bluesman sing and invited him into his solo band for several world tours. The gig was a shop-window, and though Wells sadly died in 1998, Albert stayed busy, joining the great Atlanta vocalist, Sandra Hall, for national tours in the late-'90s, while he held his own in onstage jams with artists ranging from Pinetop Perkins to John Primer. He has been named "Best Blues Guitarist" by Miami New Times, the respected alternative music magazine and honored by Roots Music Report with a Top Blues Album of 2011 and 2012. Castiglia was born in New York and raised in Miami to an Italian father and Cuban mother and combines all influences to create his unique style of modern day blues with a traditional core.

After five acclaimed albums and decades of blazing blues-rock shows, you might argue that you've already made his acquaintance. But by the Florida bandleader's own admission, Big Dog is the first release to truly get under his skin. "I just wanted to make a record that best represented who I am, as a musician, singer, guitarist and live artist," explains Albert. "With every release, I've come close, but this time, producer Mike Zito helped me nail it. He and label boss Thomas Ruf wanted me to make a raw, rocking blues record. That's what I'm about. That's who I am..."

Released in 2016 on Ruf Records, Big Dog confirms that Albert is a different breed to the lightweights and arrivistes who dominate the modern music scene. At 46, he's slugged his way into contention the old-fashioned way: writing from his heart, bleeding into his performances, eating up the road. "I have no illusions about what kind of guitar player and singer I am," he states. "My style is raw, unadulterated, crude and heavy. I don't have the technical proficiency of other players, but I play what's in my heart and what I feel at that moment. When I write songs, they have to mean something."

Recorded at Dockside Studios, Louisiana, there's not an ounce of fat on Big Dog's eleven tracks, with Albert darting between self-penned originals, cherished covers and co-writes with some of his closest compadrés. "You could smell the mojo in the sweet Southern air," reflects Albert, "and you could feel the mojo in the recording studio. We had a studio-savvy band with an incredible amount of soul, and Mike's role as producer was the wildcard."

In 2014, Ruf debut Solid Ground was declared "smouldering and intense" by The Blues Magazine. Now, Big Dog ups the ante, offering eleven new songs to get your teeth into, and supported by a full international tour that promises bark and bite. If you thought you knew Albert Castiglia, you don't know the half of it. "I think this album is a major game-changer for me," he says. "No matter what happens after Big Dog's release, I'll always be proud of it. When we tour this album, you can expect a balls to the wall, rockin' blues show. Expect to get what I've always given you - my 100%..." 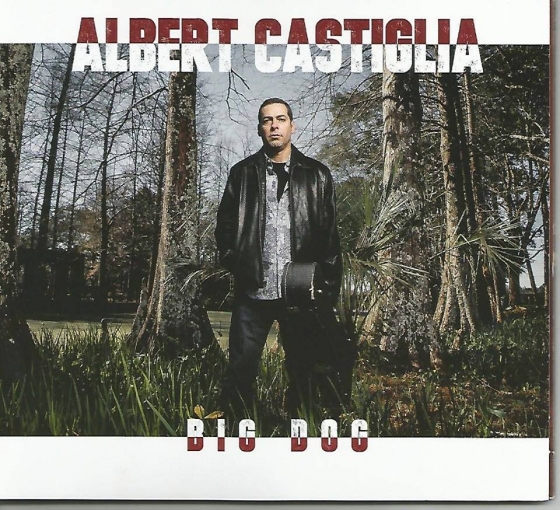