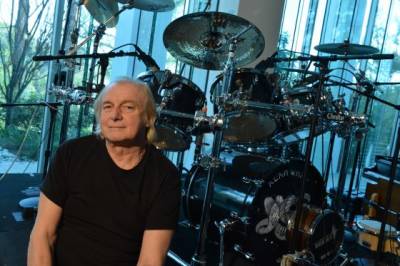 Alan White is considered by many to be one of the greatest rock drummers of all-time.  With forty-plus years of performance experience and appearances on over fifty albums, Alan’s dossier reads like a who’s-who of rock legends.  With his consummate professionalism and easy-going nature, Alan continues to be an inspiration to fellow musicians as well as fans.

In the summer of 1968, Alan was asked to join Ginger Baker’s Airforce, a new group being put together by the former drummer of Cream and other noted musicians from England’s music scene including Steve Winwood, formerly of Traffic.

In 1969, Alan received what he thought at the time to be a prank phone call, but was actually John Lennon calling to ask Alan to join the Plastic Ono Band.  The next day Alan found himself learning songs in the back of an airliner en-route to Toronto with Lennon, Yoko Ono, Eric Clapton and Klaus Voorman.  The ensuing album, Live Peace in Toronto, sold millions of copies, peaking at number 10 on the pop charts.

Alan’s association with Lennon continued, recording singles like ‘Instant Karma’ and  the subsequent landmark album, Imagine, with Alan providing drums for the title song, ‘Jealous Guy’, and ‘How Do You Sleep at Night’. Alan’s work with Lennon led to an introduction to George Harrison, who asked Alan to perform on the album All Things Must Pass, including the hit single, ‘My Sweet Lord’,  released in 1970.

In June 1972, while on tour with Joe Cocker, Alan got a phone call from his manager, Tony Dimitriades, who said that Yes wanted him to join the band. His current tour was ending so he flew back to England for a meeting with Jon Anderson and Chris Squire, who told him that he was joining Yes or “they were going to throw me out the third-story window,” recalls Alan.

Three days later, on June 30th, Yes, along with their new drummer, opened their US tour before 15,000 fans in Dallas, Texas.  Alan and Yes gave each other three months to see if it would work out, and more than thirty years later, Alan is an integral part of the band, having played on every Yes studio and live album recorded since.

Founded in 1968 by Chris Squire and Jon Anderson, Grammy-award winning recording artists YES have created some of the most important and influential music in rock history, such as iconic pieces “Roundabout,” “Close to the Edge,” “I’ve Seen All Good People,” “Owner of a Lonely Heart,” “Starship Trooper,” and countless others. Its albums, including Fragile, Close to the Edge, Tales from Topographic Oceans, Relayer, Going For the One and 90125, have been certified multi-platinum, double-platinum, platinum, and more by the RIAA, and have sold over 50 million records total in its career that has so far spanned almost five decades. Among the world’s most influential, ground-breaking, and respected progressive rock bands, YES continues creating masterful music that inspires musicians, fans and music lovers around the world.

Never having lost his love for piano, Alan has recorded several keyboard parts for Yes as far back as 1974, when he tracked backing piano for the conclusion to ‘Ritual’, when Yes keyboardist Rick Wakeman was unavailable. Alan continues to play piano to this day, and was featured on several tracks on Yes’ 2001 album Magnification, as well as live keyboard performances on the subsequent tour.

Time off from the Yes’ hectic touring and recording schedule allows Alan to pursue other projects as well.  With longtime friend and technical guru, Reek Havok, he formed ‘Crash and Bang’, to provide music for the entertainment industry, including video games and television shows. “It also serves as a testing ground for new music hardware and software and new approaches to music and it’s psychological effects on the user and an excuse to plug the wrong things together just to see what happens!”, adds Reek.

In 2005, Alan formed a new band, aptly called White, who released their self-titled debut album in January 2006.  White performs regularly in the Seattle-area, when time permits.

In recent years, Alan has performed with a variety of artists, including Spencer Davis, The Ventures, Charlie Daniels and Eddie Money, to name but a few.  In 2007, Alan played alongside Keith Emerson, Simon Kirk and Yes bassist Chris Squire at the Ahmet Ertegün memorial show, as part of the opening act for Led Zeppelin.  He also conducts numerous drum clinics around the country and around the world to encourage and teach other drummers.

Alan and his wife Gigi are very active in the Seattle arts community, serving on the board of directors for Music Aid Northwest, Northwest Program for the Arts, and the Seattle Theatre Group.  Alan is also a member of the Seattle Chapter of The National Academy of Recording Arts & Sciences.

YES will be inducted into the Rock and Roll Hall of Fame for the Class of 2017, The induction, following two previous nominations, will occur one year shy of the legendary progressive rock band’s 50th anniversary.

For additional information about YES and Alan White visit ….

nd don’t forget to purchase a copy of my book entitled Check the Gs -the true story of an eclectic American family and their Wacky family business … or the second edition entitled … Wacky Shenanigans on F Street- ‘Proud to be Politically Incorrect in Washington DC’ ... available now at amazon.com. You’ll live it!!! 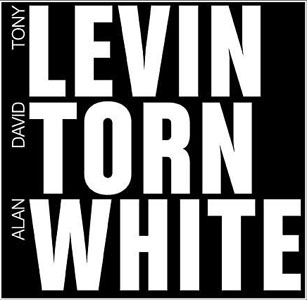