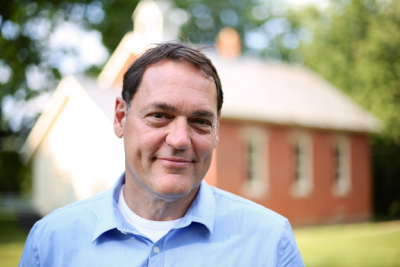 Congressman Zack Space was born and raised in the small eastern Ohio town of Dover. After graduating from Kenyon College and The Ohio State University Moritz College of Law, he returned to Tuscarawas County to practice law. Over the course of 20 years, Zack managed a private practice, worked as a Public Defender, and served as Law Director for the City of Dover. In 2006, he was elected to serve as the Congressman from Ohio’s 18th District, comprising 16 counties in rural southeastern Ohio.

During his tenure in Congress, Zack was a champion of working-class Ohioans, and was instrumental in bringing broadband technology, employment opportunities, and infrastructure improvements to his district. He served on the prestigious Energy and Commerce Committee, as well as the House Committees on Transportation and Infrastructure, Agriculture, and Veterans' Affairs, and was an active member of the Blue Dog Caucus, a centrist, fiscally principled coalition of moderate democrats from largely rural districts. Among his numerous accomplishments in Congress:
​

Upon leaving Congress in 2011, Zack joined Vorys Advisors, the government affairs arm of the prestigious Columbus law firm Vorys, Sater, Seymour, and Pease, where he worked with local governments, charitable organizations, and the private sector to promote economic development across Ohio, particularly southeastern Ohio. One initiative Zack oversaw during this time saw him bring together regional stakeholders to plan a prosperous future for southeastern Ohio, driven by the Utica Shale Play, in partnership with oil and gas companies Zack brought to the table.

In 2018, he was elected as the Democratic nominee for the office of Ohio Auditor of State, earning the endorsements of nearly every major Ohio newspaper, and outperformed all other statewide Democratic candidates in Appalachian Ohio.

Zack currently serves as President of Sunday Creek Horizons. He is a proven ambassador for Appalachia, trusted by the region’s residents, politicians, and investors alike. ​Zack has two children, Gina and Nick, who live in Tuscarawas County and are currently studying to become lawyers.