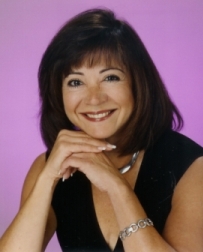 Smith began researching the UFO phenomenon in the late 1980's and in 1990 [after 2 years of studies and 1000 hours of internship] received her certification from the California Hypnosis Motivation Institute. In 1990 she expanded her practice to include "abductees," assisting them and encouraging them to work through and cope with their PTSD. [Many of her subjects are referred to her by physicians and psychologists who believe Yvonne's expertise can benefit their patients.]

In 1991 Yvonne founded CERO [Close Encounter Resource Organization] which provides personal attention and maintains active monthly support group meetings where abductees share their thoughts and feelings about their unusual experiences. Her CERO work has kept her in contact with well known non-CERO personalities such as Travis Walton, Linda Cortille, and Jesse Long.

In addition to maintaining personal contact with her subjects, since 1991 she has traveled extensively, presenting lectures in the United States at M.I.T. and several other universities... as well as at many American conferences (such as the annual Roswell Celebration)

Comfortable in front of cameras, Yvonne's 25-30 television appearances have included programs such as MSNBC, The Discovery Channel, Encounters, Sightings, The Joan Rivers Show, and The Leeza Show. Having her living room turned into a television "studio" for many hours has been a common occurrence.

While lecturing recently at a government sponsored conference in San Marino, Italy, she was interviewed on Italian television for broadcast both in Italy and also to other European countries.

Many well known radio hosts (such as Art Bell, Paul Harvey and David Viscott) have also had Yvonne as their program guest.

In addition to her many radio and TV. interviews, Yvonne with her CERO organization was the subject of a Disney movie, Alien Encounters (1995). She has frequently been a consultant to directors and actors for movies and television programs in the works.