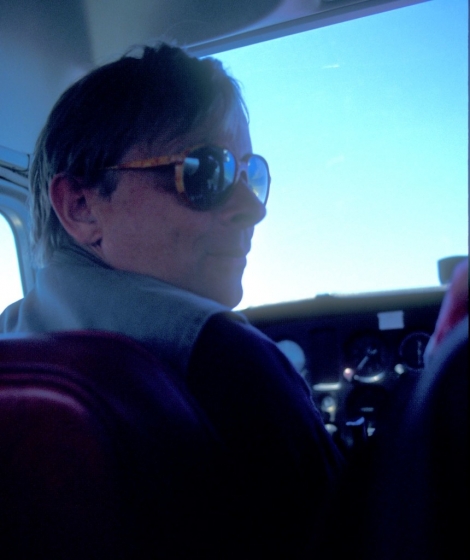 Born in the USA to a family that traces its roots back to Valley Forge, Thomas attended Woodstock and became an underground newspaper publisher and student leader of the anti-war movement at Marquette University. In 1970, Thomas resigned his U.S. Navy flight commission over the false-flag Gulf of Tonkin fabrication and the ensuing civilian slaughter in Vietnam. Shortly after becoming a political refugee in Canada, he co-founded the first photographic gallery on Canada’s west coast, the Mind’s Eye, before winning a much sought-after position as a Vancouver Sun news photographer. But he wanted to shoot color…

In 1984, Thomas completed an eight-year Pacific circumnavigation aboard his backyard-built “media boat” by making the first nonstop passage by trimaran from Japan to North America. Following a solo vision quest in the Coast Mountains of British Columbia, he went on to co-found the grass-roots groups Save Georgia Strait Alliance and Green Islands in defense of his natural neighborhood.

During and immediately after Desert Storm, he served in Bahrain, Saudi Arabia and Kuwait as a member of a three-man Gulf Environmental Emergency Response Team. His harrowing 30-minute video documentary was extensively excerpted by the CBC, with clips also shown on CNN, NBC and the movie, “The Corporation”. “Eco War” went on to win the 1991 US Environmental Festival Award for Best Documentary Short.

Gravely ill following months of exposure to oil fires, oil spills, minefields and radiological toxins, Thomas eventually recovered to write Scorched Earth. Commission by New Society Publishers, this was one of the first books to document the military’s destruction of the environment in peacetime as well as war.

After breaking the story of Gulf War Illness among Canadian veterans, Thomas was next asked by Earthpulse Press to expand his investigations. Bringing The War Home was the first book to fully-document the unreported syndrome that would strike more than a quarter-million American veterans and their families.

Though Thomas didn’t realize it at the time, in January 1999 an assignment by Environment News Service resulted in his biggest story ever when “Mystery Contrails May Be Modifying Weather” was carried worldwide.

In February of that year, the investigative reporter first appeared on Art Bell’s radio program. The story of a phenomenon Thomas called “chemtrails” went viral as citizens across North America corroborated his findings. Seven subsequent chemtrails updates on Coast To Coast attracted such a large following, William Thomas was mentioned as one of Art Bell’s most popular guests in a Time magazine cover story on the famous radio host.

More documentation followed. Produced by William Thomas in collaboration with B.C. artist Paul Grignon, “Mystery Lines In The Sky” was the first chemtrails video. Thomas’ Chemtrails Conundrum was the first published book on this covert program. The subsequently updated Chemtrails Confirmed has been fully revised and is now available as a downloadable multi-media ebook and DVD.

Then came 9/11. Appearing in December 2001, Thomas’ deconstruction of official mythology was the first published account of Black Tuesday. All Fall Down: The Politics of Terror and Mass Persuasion was followed in 2008 by Days Of Deception: Ground Zero And Beyond. Though this updated book reads like a thriller, it comes complete with extensive documentation.

William Thomas’ writing and photography have appeared in more than 50 publications, with translations into French, Dutch and Japanese. His other books include Alt Health and the downloadable ebook, ABCs Of Cell Phones And Other Hazards Of The Wireless Age.

Thomas' most recent book of his ongoing chemtrails investigation is Chemtrails Confirmed 2010. It has now been updated with a revised Chemtrails Timeline to 2013.

Recipient of four Canadian feature-writing awards, Thomas has been writing about wireless hazards since the publication of Scorched Earth in 1991. My most recent ebooks include ABCs of Cell Phones And Other Hazards Of The Wireless Age and Smart Meters For Smarties. I am currently active in the local Smart Meter Resistance. 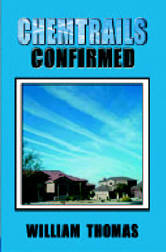