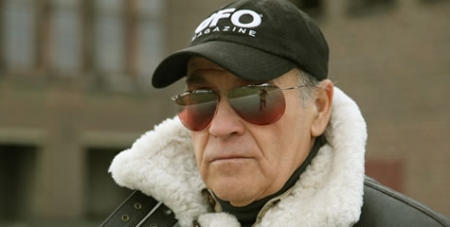 William J. Birnes, the publisher of UFO Magazine, can be seen in the weekly series, UFO Hunters on History. Each week, he and his team of researchers travel to the sites of world-famous UFO events where they use high-tech equipment and cutting-edge investigative techniques to explore the encounter and arrive at answers about what really happened. Birnes is well-qualified to lead such a team, having written and edited over 25 books and encyclopedias in the fields of human behavior, true crime, current affairs, history, psychology, business, computing, and the paranormal. He is the co-author of The Day After Roswell, which was a New York Times bestseller in 1997, and subsequently a documentary on The History Channel. Birnes is a frequent radio and television talk-show guest, having appeared on "Good Morning America," "Dateline, NBC," "Entertainment Tonight," "Coast to Coast AM," "UFOs in Russia," "USOs, Underwater Submersible Objects," and "Black Box UFOs." His previous cable feature, The Riverman—based on the book he co-authored with detective Dr. Robert Keppel about how serial killer Ted Bundy helped police track Green River Killer Gary Ridgway—was broadcast on A&E in September 2004. Birnes' other cable documentary, on A&E and The History Channel, was The Haunting of the President, based on his and Joel Martin's book of the same name. His title Black Dahlia Avenger, recently sold to New Line, is currently in development as is his title Life in the Balance by Billy Sinclair at Karmic Studios. As a television producer, Birnes' first cable feature was When Husbands Cheat for Lifetime Television with Hearst Entertainment Television. Among his books are: Worker in the Light with George Noory, Space Wars with William Scott and Michael Coumatos, The Grisly Business Unit with Robert Keppel, The Killer Next Door with Joel Norris, Signature Killers with Joel Norris, The McGraw-Hill Personal Computer Programming Encyclopedia, When You are the Headline with Robert Irvine, and Selling at the Top. Birnes is currently completing two criminology textbooks: Signature Killers, with Robert Keppel, Ph.D., and Mass Murderers with John Liebert, M.D. He holds a law degree and received a Ph.D. from New York University in 1974.