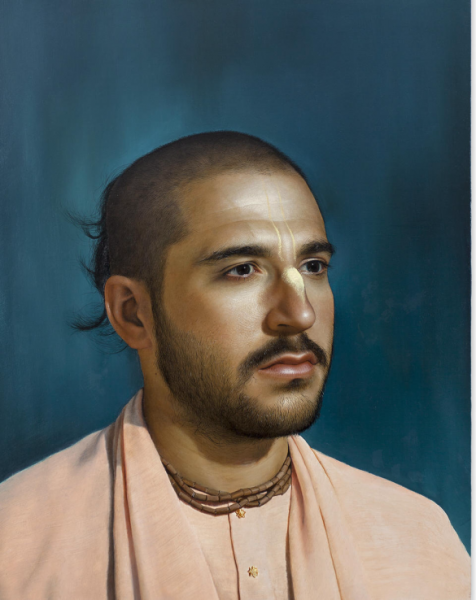 Graduates and travels around the world under the direct mentorship of His Guru, one of the greatest Bhakti Yoga masters on the planet, Srila Bhaktivedanta Narayan Maharaja.

Personally serves and assists his Guru as well as many other great spiritual masters.

Age 23: is awarded the highest and most respected position and title for a monk in the Indian culture: “Swami." Making him the youngest person to enter this order. Normally people are at least 60 before they are considered. Only one in many thousands of spiritual practitioners get initiated into this order.

Leads a team of 15 members to teach and share in the remote villages of Bengal. Some of those villages are famous as a "most likely place in the world to be eaten by a tiger.” (According to the Guinness Book of World Records.)

Is featured in newspapers, radio and TV.