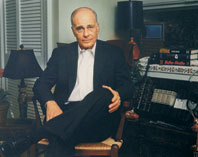 VINCENT BUGLIOSI, prosecutor of Charles Manson, lives in Los Angeles, California. He is the author or co-author of many books, among them the #1 best-sellers Helter Skelter, And the Sea Will Tell, and Outrage; plus Four Days in November, The Prosecution of George W. Bush for Murder, No Island of Sanity, The Betrayal of America, Lullaby and Good Night, Shadow Of Cain, Till Death Us Do Part, Drugs in America, and The Phoenix Solution.

ABOUT 'THE PROSECUTION OF AN AMERICAN PRESIDENT' DOCUMENTARY...

In "The Prosecution of an American President", Bugliosi presents a meticulously researched legal case that proves George W. Bush took our nation to war in Iraq under false pretenses and is therefore, under the law, guilty of murder for the deaths of 4,500 young American soldiers who fought and died there. Bush's unlawful war also cost the United States over a trillion dollars; alienated many of our allies; caused the deaths of over 100,000 innocent Iraqi men, women, and children; and pushed a previously tranquil nation into unending civil war, atrocities and chaos.

As a prosecutor dedicated to seeking justice, Bugliosi delivers a non-partisan argument based on hard facts and pure objectivity. This searing indictment also outlines a legally credible pathway to holding our highest government officials accountable for their actions, thereby creating a framework for future occupants of the Oval Office. Ultimately, Bugliosi calls for the United States to return to the great nation it once was. 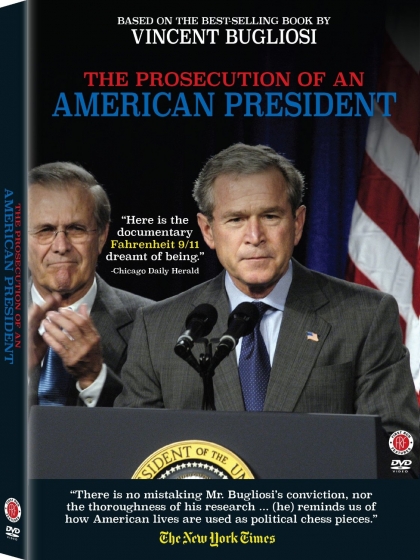