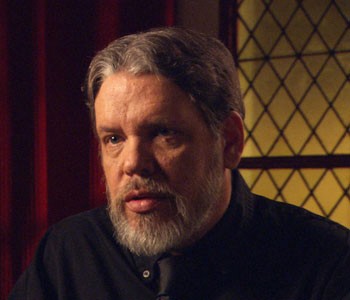 His shorter work is well represented on various websites, including Sangraal.com, Alternative Approaches, Diagnosis 2012, Journal of the Western Mysteries Tradition, Rense.com and many others. His book length works available on the internet include The Gnostic Science of Alchemy, The UFO Enigma: Spirits of the Dead, Phantom Airships and Flying Discs, Arthur and the Fall of Britain, and High Weirdness, a collection of articles by Vincent Bridges and his co-author, Jay Weidner. In addition, Vincent Bridges’ widely published and reprinted articles include Omen for Armageddon, Nostradamus’ Comet, Innocent Murder: The Real Story of JonBenet’s Death (with Jay Weidner), and Death of the Feminine, his 1997 article about the death of Princess Diana, Mother Teresa and JonBenet Ramsey.

Vincent Bridges is also a pioneer researcher in the field of psycho-acoustic therapy, a trauma abreaction technique using light and sound entrainment of brain frequencies, a pagan political activist and a world traveler, having organized and led tour groups to southern France, Egypt and India. He has produced his own translation of the I-Ching, and his Egyptology work is widely respected and quoted by scholars as diverse as John Major Jenkins, Moira Timms, and Daniel Colianus.

Vincent Bridges has been instrumental in the creation of three schools or educational organizations, The Fifth Way Mystery School, The Newport Earth Institute in Newport, New Hampshire and Pendragon College, and has been a featured speaker at venues such as The International Fortean Organization’s (INFO) FortFest and the Subtle Technologies Conference, and the InterAccess Electronic Media Arts Center of Toronto, Canada, as well as a guest on the Laura Lee and Jeff Rense radio shows. He was also featured in The Learning Channel’s documentary Atlantis in the Andes (June 2001). He was featured on the History Channel’s documentary Nostradamus: 500 Years Later which first aired in December 2003 as the on-camera tour guide and Historical Consultant. He was also the featured historian for the History Channel’s Lost Book of Nostradamus (2007).

Vincent Bridges currently lives in the Uwharrie Mountains of North Carolina, with his wife, the artist Darlene, and their two cats.