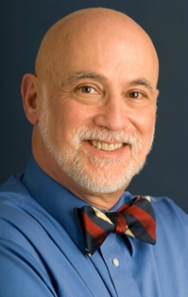 Dr. Thomas Lobe, M.D., FAC’s, FAAP, Founder and Medical Director of Beneveda Medical Group in Beverly Hills, California. He obtained his baccalaureate degree at George Washington U, and during his medical education studied with leading physicians at Johns Hopkins University and Harvard University. He also studied with former Surgeon General C. Everett Koop, M.D. and graduated from medical school cum laude and with honors in pediatrics. After medical school he trained at Ohio State University Hospital in general surgery and the Children’s Hospital in pediatric surgery. He has additional degree in naturopathic medicine and a Physician’s Executive Masters in Business Administration and passed his boards in both medical hypnosis and medical acupuncture He was Chief of Pediatric Surgery at the University of Texas Medical Branch in Galveston and made national news as being the first to successfully separate a particularly difficult variety of Siamese twins and lead the nation in complex reconstruction of the airway. He started the first pediatric surgery training program in the south at the University of Tennessee in Memphis and LeBonheur Children’s Medical Center .There he lead the world in the development of laparoscopic and thoracoscopic surgery in children and wrote the first textbook and established the first medical journal on the subject. While in Tennessee he began his television career and remains the host and moderator of //What’s Up Doc?// a medical talk show on GHS-TV in Germantown, Tennessee.

At Blank Children’s Hospital in Des Moines, Iowa he was pioneer in advances in minimally invasive surgery and with his associates was the first to develop an advanced technique to perform major head and neck surgery such as thyroidectomy and parathyroidectomy. Through a small incision in the armpit, the procedure leaves the patient with no visible, unsightly scar and no pain. He is a board member and founding advisor to Neatstitch, LLC, a laparoscopic instrument company based in Israel and now in the United States, and also co-founder for Visual Medical Solutions, LLC, the producers of BodyViz, a new medical imaging tool for surgical planning and medical education that makes use of virtual reality engineering to improve patient care. He had written over 200 books, book chapters and peer reviewed articles. Most recently, Dr Lobe followed his dream of putting together the most advanced medical practice in existence, focusing on the new medical specialty called energy medicine. Beneveda Medical Group offers the best integration of Western and Eastern Medicine and is the first practice in the United States to specialize in Energy Revitalization and manage problems many consider resistant to conventional approaches such as chronic pain, fibromyalgia, anxiety, depression, insomnia, weight loss, osteoporosis, and others.