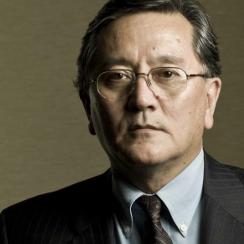 TENZIN TETHONG is the founder of key Tibet initiatives in the U.S. including the Tibet Fund, Tibet House – New York, and the International Campaign for Tibet. He is currently a distinguished fellow at the Tibetan Studies Initiative,Stanford University (a program he played a key role in establishing), the President of the Dalai Lama Foundation,and Board Chair of the Committee of 100 for Tibet. In addition to serving as an advisor to the local Tibetan Community Center project, he is co-founder of the Missing Peace art exhibit and recently launched “Tibet in Exile-Fifty Years”, an online documentation effort to commemorate the last fifty years in exile of the Dalai Lama and the Tibetan people. He currently serves as the director of Radio Free Asia’s Tibetan Service, which delivers uncensored, timely news and information to people living in China’s Tibetan regions.

In the early 1990s, Tenzin Tethong was Prime Minister (Kalon Tripa) of the Central Tibetan Administration based in India. In 1995, he left this post and moved to the United States. That year, he became a principal advisor for the film “Seven Years in Tibet.”

In 1996, he was invited as a visiting scholar to teach courses in Tibetan history and contemporary politics in the History Department of Stanford University. Tenzin Tethong played a critical role in securing the first 1,000 visas for Tibetans to immigrate the United States, Fulbright scholarship program support for Tibetan students and the creation of Voice of America’s Tibetan Service.

For Radio Free Asia, Tenzin Tethong has overseen the operations of its Tibetan Service since last year. RFA’s service was the first to report on many of the self-immolations among Tibetans protesting Beijing’s rule. Since the deadly protests began, 131 Tibetans have self-immolated despite heightened security.

RFA, an independent, non-profit news services, reaches its target audiences in nine languages in six countries that restrict and limit the free-flow of uncensored information. These audiences are in China, North Korea, Myanmar, Cambodia, Laos, and Vietnam. Through webcast video, television, satellite, social media networks, and digital content on its websites, in addition to trusted short- and medium-wave radio broadcasts, RFA delivers its unique, award-winning, brand of journalism. RFA also functions as an open forum for those living in some of the most closed societies to voice and discuss their opinions freely. RFA is funded annually through a grant from the U.S. Broadcasting Board of Governors.