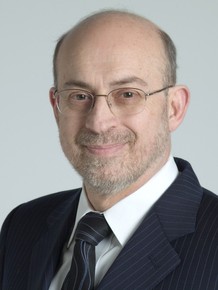 Cleveland Clinic cardiologist Dr. Steven Nissen says the Food and Drug Administration waited too long to warn about muscle problems with the highest dose of Zocor.

"Country’s 30 Most Powerful Forces in Business and Finance," Smart Money, 2007

President, American College of Cardiology, a 34,000 member, non-profit, professional medical society, whose mission is to advocate for quality cardiovascular care - through education, research promotion, development and application of standards and guidelines - and to influence health care policy, March 2006 thru March 2007

Honorary Member of the Japanese College of Cardiology (JCC), 2007

Award for Outstanding Contributions to Cardiovascular Research from the Gill Heart Institute of the University of Kentucky, 2004

A number of additional honors and recognitions have been bestowed on Dr. Nissen; on three occasions, he received the Outstanding Teacher Award presented by the Fellows of Cardiovascular Medicine at Cleveland Clinic, 2004, 1998, 1994