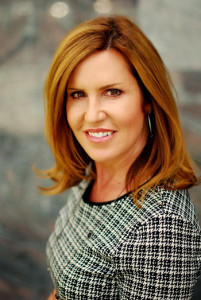 Stephanie M. Caballero, Esq. has represented nearly 2,000 clients, including Intended Parents, Surrogates and Donors from all over the world through Surrogacy, Egg Donation, Sperm Donation, and Embryo Donation. Stephanie specializes exclusively in Family Formation and Reproductive Law and has appeared on various programs and print media including The Bakersfield Californian, The Examiner, the Creating a Family radio program, NPR, Fox News, The Los Angeles Times, The Union Tribune and the L.A. Daily Journal (and again on March 23rd, 2015).

Stephanie M. Caballero, Esq. is the founder of The Surrogacy Law Center and her firm is dedicated to helping you start your family using surrogacy, egg donation, embryo donation, and sperm donation.

Stephanie had her own journey through infertility, after eight years of treatments including having endured more than 10 artificial insemination procedures, three surgeries, three miscarriages, and 13 IVF procedures she finally realized her dream of having children when a surrogate carried her twins. Stephanie also had to adopt her twins because the state where they were born did not recognize surrogacy.