Sondra Forsyth is Co-Editor-in-Chief of ThirdAge.com a dance critic at BroadwayCritic.com and an AARPBlogauthor. She has been writing and editing on the web since 1997 when she began contributing her "New York Dance Scene" articles to DanceArt.com and editing other writers for the site. She continues to blog on DanceArt.com  Sondra is experienced with Content Management Systems, image uploading and resizing, basic HTML and SEO, and blog platforms.

Also a journalist and author, she writes about a broad range of topics including health and fitness, narrative non-fiction "as told to" stories, women’s issues, fashion, beauty, celebrities, psychology and mental well-being, money and work, parenting and grandparenting, relationships, and dance. Sondra is a winner of the prestigious National Magazine Award, given jointly by the Columbia University Graduate School of Journalism and the American Society of Magazine Editors, for a narrative non-fiction piece in Good Housekeeping entitled "The Families Left Behind." Her by-line has appeared in many major magazines, among them Town & Country, Redbook, Gourmet, Cosmopolitan, Family Circle, Dance Magazine, and Ladies' Home Journal. She is a contributor to the iconic "Can This Marriage Be Saved?" column in LHJ and served as LHJ's Executive Editor. Her other staff posts were Features Editor at Cosmopolitan under the legendary Helen Gurley Brown, and Articles Editor at Bride's. Sondra is the author or co-author of twelve books published by such respected houses as Ulysses Press, Crown, Simon & Schuster, Dutton, and Grand Central. Her most recent title, "Candida Cleanse: The 21-Day Diet to Beat Yeast and Feel Your Best", was published by Ulysses Press in May of 2014.

A former ballerina, Sondra founded Ballet Ambassadors and served as Artistic Director from 2001 until 2013. An arts-in-education outreach organization, it received funding from the New York City Department of Cultural Affairs, the New York City Department of Education, Suffolk County BOCES, and Putnam/Northern Westchester BOCES. Sondra was named a 2012 Purpose Prize Fellow by Encore.org for giving underserved young people the change to share the stage with professional dancers in the classics and original ballets. 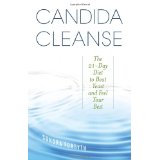