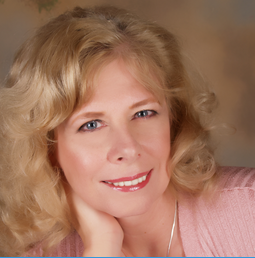 Guest Website
https://www.sandyanastasi.com/
Guest Category
Courses & Training
Entertainment
Paranormal
Personal Development
Motivational
Spiritual
Access Consciousness
Medium & Channeling
Psychic & Intuitive
Guest Occupation
International channel, psychic
Guest Biography
About Sandy Anastasi
"My vision is to help each man, woman and child connect with their inherent psychic ability. I believe that each person has the potential to tap into their abilities and access them to empower their life and reach their full potential. - Sandy Anastasi"
Like many who realize their psychic gifts later in life, Sandy Anastasi awakened to her abilities in her late 20’s. She understood that many people develop deep psychological problems because their psychic abilities are misunderstood and often blocked. These insights and an inner need to pass on her knowledge and abilities led her to begin teaching others to develop their own psychic gifts. She believes that if you are psychic, you MUST use your gifts, or at least learn to control them, or they will use you!
Major Media Appearances
Sandy has appeared on national TV along side friend, colleague, and former student John Edward.
Sandy has many psychic gifts, but she believes her greatest to be the ability to identify and emulate the gifts of others. Because of that she is uniquely suited to teach people to open and develop those very gifts in themselves.
Sandy has been a professional psychic and astrologer since 1979. She holds a B.S. degree from Adelphi University and has teaching certifications in several fields. In addition to teaching, Sandy has worked as a Safety Engineer, and owned her own small book store for many years before retiring to become a full time psychic counselor, writer and teacher. Sandy’s writings include books on Astrology, Kabbala, and Tarot, as well as psychic development.
Internationally-renowned psychic channel Sandy Anastasi has established herself as one of the preeminent teachers of our time. With more than 30 years of experience, Sandy is a leading expert in Psychic Development, Astrology and Tarot. Through Sandy’s classes, workshops, lectures and appearances, she is able to share her knowledge to help people enhance their lives.
Sandy was a significant contributor to psychic medium John Edward’s Web site, InfiniteQuest.Com, which launched June 12th, 2009, and provided valuable insight alongside some of the nation’s top metaphysical teachers for three years.
Sandy has also appeared on many radio and television shows over the years, most notably Crossing Over and Cross Country – both television shows hosted by her good friend and former student, John Edward.
Infinite Quest by John Edward – “This book is dedicated to Sandy Anastasi for helping me harness and train my ability, and shape and develop my teaching.” — Psychic Medium John Edward
With more than 30 years of teaching experience, Sandy Anastasi has been successfully training students, teachers, and professional psychics worldwide how to open, develop, and master their psychic abilities. Created from her live workshop material, the Anastasi System of Psychic Development is ideally suited for the aspiring psychic, channel, or psychic medium.