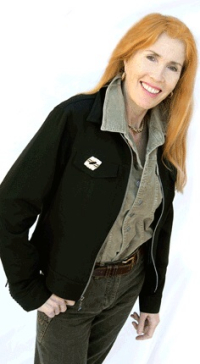 You may find it interesting to know that Sandra chose the nom de plume of "Dr Cabot" in 1982, as in those days Australian medical doctors were encouraged to use a nom de plume (or writer's name) if they were going to write books and participate in the health media. This was considered ethical behavior and was smiled upon by the medical registration boards, as it could then not be construed as to be advertising for extra patients.

There are many well known medical doctors in Australia (such as Dr "Sally Feelgood" and Dr "James Wright") who use a writer's and/or media name for this purpose, and who continue to practise medicine under their professional names. This is considered to be more ethical and conservative, which is appropriate as the medical profession is a conservative profession.

Dr Sandra Cabot's professional name is Dr Sandra McRae and her ancestors came from Scotland and England. There is also a touch of French ancestry in Sandra, and that is why she chose a French nom de plume!

Dr Sandra McRae is a registered medical doctor in NSW, Australia where she has medical practices in which she works with other medical doctors and naturopaths.

Sandra McRae graduated in medicine and surgery with honours in 1975 from Adelaide University South Australia.

Dr Sandra Cabot is published in many different countries and languages. In the USA Sandra uses the letters MD after her name, which is the American equivalent of the Australian MBBS, and simply means Medical Doctor and not Medical Doctorate.

During the mid-1980s Dr Cabot spent 6 months working as a volunteer doctor at the largest missionary hospital in India (the Leyman hospital). Here she studied tropical & infectious diseases and tended to the poor indigenous women with obstetric emergencies.

Dr Sandra Cabot travels extensively giving lectures and public seminars and visits isolated areas in Australia to share her message of natural health. Dr Cabot has lectured for the American Liver Foundation and the Primary Biliary Cirrhosis Society. Today she is asked by many different organizations and hospitals to lecture all over Australia and New Zealand. Some of the proceeds of Dr Cabot's book sales are donated to support Women's Refuges in Australia.

Dr Cabot believes that the most important health issues for people today are:–

Dr Cabot has a very exciting life meeting so many new people all over Australia and the USA. Thankfully she still has time to practice medicine.