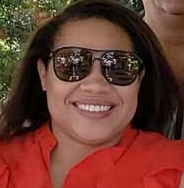 Ronda Baldwin-Kennedy, the 2018 Republican nominee for California State Assembly in the 44th district and attorney launched her Congressional campaign this month in California’s 26th Congressional District. Kennedy is a resident of Oak Park where she runs a private law firm specializing in immigration, discrimination cases, family law, criminal defense, and personal injury and raises triplets with her husband, Michael.

I am a wife and working mom who still believes in all of the potential that America has to offer, which is why I decided to say yes when I was asked to run for Congress.

As an attorney and small business owner I’ve seen the effects of too many regulations and taxes that are too high.  California is becoming unaffordable for working families and that is making it impossible for our children to be able to plan a future here.

I am currently a practicing lawyer in Ventura County as well as the Dean of a California law school. I live in Oak Park with my husband Michael and our six-year-old triplets, Annabel, Bianca, and Liam.