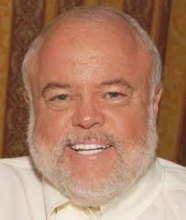 Guest Website
https://rocknewmanshow.net
Guest Category
Entertainment
Kids & Family
Politics & Government
Self Help
Variety
Guest Occupation
Prodigal son of the DMV
Guest Biography
Rock Newman is a beloved prodigal son of the D-M-V. He could also be described as an advocate for athletes, celebrities and the person on the street. Whatever words are used, Rock Newman is never described as anything less than engaging, sincere, energetic and caring. After a journey that has included stops in Las Vegas and Bermuda, Rock returns to the area he loves the most. “I enjoyed my time in Las Vegas and Bermuda, but they never became home. Ahhh... It's great to be back!”

Rock Newman returns to the Washington, DC region with vast experiences and relationships to revisit his roots in radio. The year 2013 saw Newman add a new media recipe to his broadcasts, which included streaming video and worldwide online discussion. Keeping with his sub-theme of innovation, THE ROCK NEWMAN SHOW is archived online, so that his followers can continue the discussion in a seamless basis. The show activates traditional and new media to create a non-stop dialogue.
“I have visited with Pope John Paul II, President Bill Clinton and President Nelson Mandela, met dictators and monarchs, dined with moguls and movie stars, but my greatest joy is family, friends and being amongst the people.”
Rock is a Renaissance Man. From caring for famine victims in Somalia, to buying back 3,000 guns to confronting violence in DC, or representing world class athletes, he is hands-on. He is a storyteller. He will entertain and inform. He will also make you reconsider notions of culture and society. He also brings the ability to cross-pollinate the discussion from unique angles. The RNS delivers big name guests, experts and common folks who care about modern day, real life issues.
Rock asks, “What Do You Care About?” THE ROCK NEWMAN SHOW was created to capture an authentic dialogue that is rarely heard. It will be an unscripted, jazz concert that swings from breaking news to undiscovered history, from local and national politics to the nuance of race and religion, from adult relationships to children’s voices about their world, race relations and unvarnished racism.