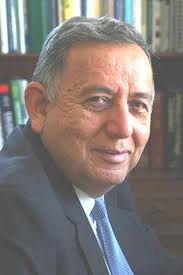 Captain Robert Salas, retired, graduated from the Air Force Academy and spent seven years in active duty from 1964 to 1971. He also held positions at Martin Marietta and Rockwell and spent 21 years at the FAA. In the Air Force, he was an air traffic controller and a missile launch officer as well as an engineer on the Titan 3 missiles. He testifies about a UFO incident on the morning of March 16, 1967 where 16 nuclear missiles simultaneously became non-operational at two different launch facilities immediately after guards saw UFOs hovering above. The guards could not identify these objects even though they were only about 30 feet away. The Air Force did an extensive investigation of the incidents and could not find a probable cause. At a debriefing about the incident, an officer from the Air Force Office of Special Investigations required him to sign a non-disclosure form and told him that he was not to talk about the event to anyone including his family or other military staff. At a time during the Cold War when minor technical anomalies were openly communicated amongst the staff, this incident was not and to this day Captain Salas thinks this to be very unusual.

In March of 1967 ten nuclear missiles were shut-down (rendered to a 'no-go' status) after a craft of unknown origin breached the air-space over Malmstrom AFB in Montana. It hovered over the nuclear installation in plain sight of security police. Multiple events of this nature were also reported at a number of nuclear installations in the continental United States.

Read more at the following link...