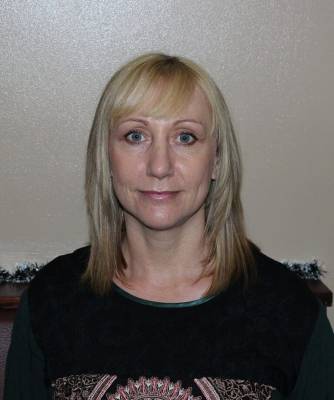 Guest Website
https://myspace.com/thequeenladybug
Guest Category
Performing Arts
Entertainment
Energy Healing
Paranormal
Physics & Metaphysics
Spiritual
Guest Biography
A passionate artist with many strings to her bow, fuelled by an inexhaustible creative force,.... The Queen Ladybug made her debut appearance in a band named Head Ritual with Gary (guitar) Jeppo (bass) and Dunner(drums) in 1987 at the age of 17.
The QLB had joined Head Ritual as wind, keyboard player and backing singer. She soon began moved to lead vocals when she discovered her poetry was easy to fit with the music.
The Star was first written by the guitarist Gary Holmes and was originally very different than is heard here now. HR were punky, grungy, spiritual anarchists, heavily into magic and mayhem. QLB was given permission to rewrite 'The Star' and use the song in her own way after the band finally split due to apathy from the boys in 1995.
She continued to write music and lyrics throughout her life and worked with various artists both live and in the studio.
Some of her best work was performed acoustically in a duo called 'Me n 'Er', in around 2002- 2005 where QLB paired up with another talented female artist called Julia Nelson. They co-wrote many songs as well as performing and recording each other's original work together.
Courage was written by QLB and recorded with Julia during this time.
QLB continued to write and work alone borrowing various musicians and producers for recording and live work.
During times of great strife and bereavement, words and songs would download to the QLB as if channelled from an outside source. A chance meeting in deep meditation with the deceased saint John Lennon led the Queen to write a song named Here I am.
Here I Am was recorded many times, but the QLB was never quite satisfied that the sound she was trying to produce had ever materialised. However she did write and direct a video to this song which ultimately led her to the great John Lennon channel Marcia Macmahon.
In 2011 the QLB did her last, and ultimately best show ever, with a band she had worked with for around 4 years named AZIAM. Their spiritual views differed greatly, QLB was praising God whilst the rest of the band were protesting that there is no God. Equally unmatched was their musical taste, and so the Queen retired to write a book and concentrate on solely looking after her family and deal with debilitating illness.
With the family growing ever more independent and herself in a more gracious state of surrender than ever, the QLB will return to record an album of her complete works sometime in the not too distant future.
The beautiful Bass of AzIam Player Pete Fishwick died last year of cancer after managing to play in the band with us for four years despite his ongoing heart problems. He was a hugely talented musician who also played the mouth organ very well and was a big blues fan. He was the easiest of the guys in that band to work with. I loved him and miss his presence on here.