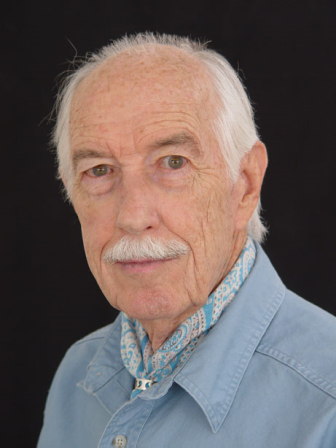 NEIL FREER is a generalist, futant, futurist, lecturer, author, poet, contributor to the Arlington Institute think tank; advisory board member of the exopolitics institute. He is currently working with C.B. Scott Jones on his Plan C for the academic world. Neil and his wife, Ursula, have lived in the Eldorado area since 1994. Neil holds a BA in English and did his graduate work in Philosophy and Psychology at the New School for Social Research. He has taught college courses in Philosophy and History of Religion, gives private and public seminars and lectures and has done over three hundred radio and TV interviews.

Neil is the author of Breaking the Godspell, '87, which explores the archaeological, astronomical and genetic proof for our being a genetically engineered species and presents the ramifications of this new paradigm of human nature that resolves the Creationist-Evolutionary conflict.

In his second book, God-Games: What Do You Do Forever? he explores the ways in which we will live when, individually and collectively, we attain the unassailable integrity afforded by the restoration of our true, part alien genetic history. He outlines the racial maturity of the new planetary civilization and describes the new human. Website: http://www.neilfreer.com

Neil published a third book last year, Sapiens Rising: The View From 2100, through Amazon on Kindle (only, no paper, no trees falling). and it is already in the hands of Michelle and Barack Obama, M Gorbachev, C.B. Scott Jones , John Petersen of the Arlington Institute, the Dalai Lama, Pope Benedict, Klaus Schwab (of Davos), Presidents Clinton, Carter, Charlie Rose, Bill Moyers, among others.

Neil was invited keynote speaker in February 2010 at the International UFO Congress. His presentation was advertised as
Sapiens Rising to Cosmic Citizenship: The Script for a Stellar Species Performance.

As a philosopher, futurist, futant, contactee and generic human, Neil says: We are already into a profound transmutation which will characterize this 21st as our species Century of Transformation. We are being invited into stellar society and have the keys to integrate our past and present as the new humans and meet the conditions for acceptance. Let us reclaim our planetary identity and dignity, our part-alien cosmic credentials, and prepare to matriculate into the heavens, into stellar society as, finally, Sapiens Sapiens, the truly doubly wise. There are dangers but let us face them together. I stand to speak for all of us, a young but wise species, to urge us all to make it so for our children.