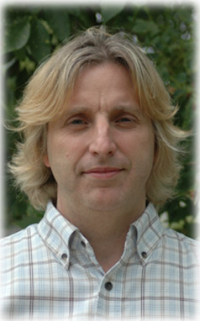 My name is Dr. Michael Sharp and I'm an an academic with a PhD in sociology and undergraduate degrees in both psychology and sociology. I am the husband of Gina, parent of Stephen, Niko, Vayda, and Tristan, and the caretaker of two cats and two dogs. I teach at a university and at one time did research in scholarly journals and scholarly communication.I even started the world's first electronic sociology journal all those years ago. Now, however, my interests have changed. These days my research and writing is based in a cross between psychology, sociology, and dyed in the wool mysticism.

About ten years ago I had a series of powerful mystical experiences that led me to question both my childhood religious training (I was born and raised Catholic) and also my adopted scientific atheism. Shortly after having these mystical experiences, actually shortly after clearing some rather deeply buried and profound fears that I had struggled with my entire adult life (fears partly the result of my Catholic indoctrination, and partly the result of past life experiences), I began writing spiritual books.

When I started to write, or rather a few months after I started, I thought that I'd write two or three books on chakras, ascension, crystal children, and cosmology. Unfortunately, my unambitious aspirations soon disintegrated because the more I explored the mystical hallways of creation, the more I learned, and the more I wrote about what I was learning, the more dissatisfied I became with current (and past) spiritual offerings. In fact, as time passed it quickly became clear to me that our collective understanding of all things spiritual was incomplete and corrupted. The glorious truths of spirituality, God, and our place and purpose in creation that previous spiritual teachers had brought to this world had been turned against us. Truths that should have empowered and freed us were now factors in our energetic and spiritual oppression. And what was worse, the corruptions and inaccuracy were ubiquitous. From the big religions of this world right down to our modern new age alternatives, all we heard was the lie of how imperfect, flawed, and unevolved we were and how much we deserved (or, if we had adopted a more "progressive" religion/spirituality, had chosen) the world as it currently existed. I soon realized that all these "old world" systems of spiritual thought did was provide excuses and justifications for the political, economic, and social nonsense of this world and for me that was not only unacceptable, but a wholly innaccurate farce of the the high Truths of creation. Having "touched the face of God" more than a few times I bloody well knew that in the eyes of God (or consciousness if you prefer), none of the war, suffering, violence, poverty, and shit and abuse that passes for "life" on this world was acceptable. In fact, to be perfectly honest, it was all a blasphemy in the eyes of God and it all had to be fixed.

Well you wanted to know more about me and there you have it. My name is Michael Sharp and I am building a new spiritual system that is totally self-contained, contains none of the justifications, hierarchies, exclusions, and disempowering archetypes of the old world, and that puts you (gradually and by safe degrees) in touch with the awesome light, power, and glory of your true inner divinity. It really is like nothing you've ever experienced before and if you're ready to remove the blindfold and cast off the chains that bind, just scan your eyes over the left hand menu, click The Lightning Path, and start reading from there.