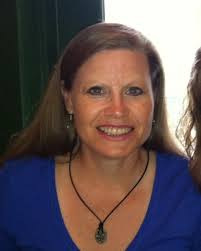 Mercedes Schneider is a Louisiana public school teacher and education activist who holds a Ph.D. in applied statistics and research methods. Schneider blogs regularly on both local and national education issues on her own education blog, deutsch29.wordpress.com, and can be reached via email at deutsch29@aol.com.

Her new book "The Chronicle of Echoes: Who's Who in the Implosion of American Public Education" is now available on Amazon.com! Here is a brief description of the book:

“Corporate reform” is not reform at all. Instead, it is the systematic destruction of the foundational American institution of public education. The primary motivation behind this destruction is greed. Public education in America is worth almost a trillion dollars a year. Whereas American public education is a democratic institution, its destruction is being choreographed by a few wealthy, well-positioned individuals and organizations. This book investigates and exposes the handful of people and institutions that are often working together to become the driving force behind destroying the community public school.

Schneider has exposed the corruption, greed and entangling of self-interests that underlie the attempt of the mega-corporations to grab billions of tax-payer dollars that are appropriated for America’s K-12 public schools. She puts the names and faces on the movement that Diane Ravitch documented in “Reign of Error: The Hoax of the Privatization Movement and the Danger to America’s Public Schools.” There are no “must reads” anymore. There are just a handful of “should reads”: “A Chronicle of Echoes” is at the head of that list. 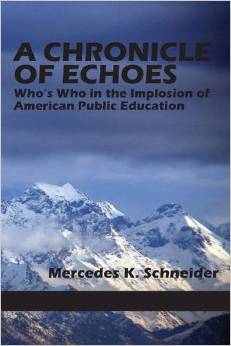