Marni Wasserman  is a Graduate of the Institute of Holistic Nutrition in Toronto and the Natural Gourmet Culinary School in New York, and is the founder of Marni Wasserman’s Food Studio & Lifestyle Shop located in midtown Toronto where she teaches her signature cooking classes, and offers collaborative workshops and urban retreats. This is also a place where she features her favourite sustainable superfood products.

As a prominent figure of health and nutrition in Toronto, Marni is a regular contributor to Chatelaine, Huffington Post and Tonic Magazine. She has made several TV appearances, been hosted on radio talk shows, consulted with The Windsor Arms Hotel for vegan and vegetarian menus, and participates in several live speaking and cooking demonstrations. If that wasn’t enough, she is also the author of book Plant Based Diet for Dummies, Fermenting For Dummies and several well-received plant-based eBooks. 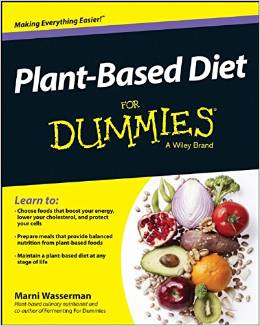