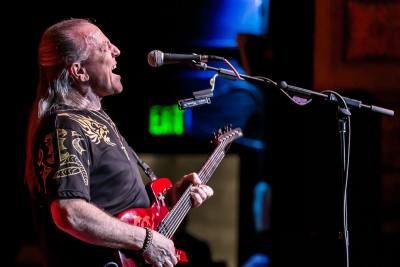 'From Chile With Love'

ON INTERVIEWING THE LEGENDS WITH RAY SHASHO

As one of the founding members, lead singer, lead guitarist, and wrote 90% of the Grand Funk music catalog, Mark Farner has always been known as the energetic driving force on stage, the engine that pulled the original Grand Funk Railroad to the top of the charts. From his soulful voice and power rock riffs, to fueling the Funk with his atomic stage presence. His story and his imprint on music starts with Flint and since 1969 from his humble beginnings and a blue-collar outlook, Farner has captained a global crusade for love and freedom and became a rock ‘n’ roll icon.

Today, Farner’s amplifying his remarkable career another full decibel selling more than 30 million records worldwide, including 16 gold and platinum albums. Mark Farner’s American Band will honor Farner’s golden anniversary in music, as well as shine a spotlight on his legendary contributions to society, in his 2019-2020 50th Anniversary Tour.

We scheduled Mark back to the show immediately when we learned he has a new Live DVD entitled Mark Farner’s American Band From Chile With Love Live DVD available to preorder now at www.markfarner.com and out in stores April 6th 2021.

'From Chile With Love'

Mark Farner Launches Mid-Michigan Flood Relief GoFundMe (Petoskey, Mich.) Legendary rock and roll guitarist and front man, Mark Farner, is helping those closer to home. This weekend he launched a GoFundMe campaign for his Michigan neighbors called the Mid-Michigan Flood Relief. The goal is to raise $25,000 to donate to the American Red Cross’ efforts to the areas affected by the Midland County flooding. Farner and his wife, Lesia, were the first to donate with $2,000. 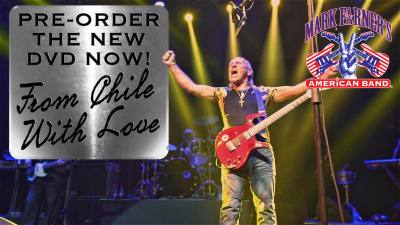