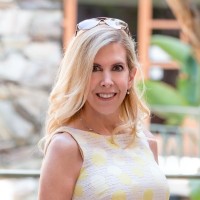 Marisa Vallbona, APR, Fellow PRSA, knew she was made for PR when she was 12 and fried an egg on the sidewalk with her sister on a super hot Texas day. The perfect weather story, it made the TV news and that’s all it took for her to get hooked and her career was born. Since then, she’s gotten local, regional and national media exposure for just about everything. If it’s newsworthy, she can get it in the news.

She has won four Silver Anvil awards (the Oscars of the PR industry) from the Public Relations Society of America and a Silver Anvil Best of Show. She was recently awarded a Marquis Lifetime Achievement Award for Exemplary Leadership, San Diego Business Journal named her “Women Who Mean Business” in PR and she’s won countless other awards. Her work is showcased in PR textbooks and she’s been featured in business books and has been quoted in the media.

She is the co-founder of PRConsultants Group, a national network of PR firms with offices in every major U.S. market and Puerto Rico. Marisa also has been inducted into the PRSA College of Fellows (a prestigious distinction awarded to a very small percentage of PR practitioners).

She served on the national board of directors of the Public Relations Society of America (PRSA) five years, including as national secretary, and she served as chair of the Universal Accreditation Board, which accredits public relations professionals. She also served on the board of directors of SDX (formerly the San Diego Ad Club). She is a sustaining member of the Junior League of Houston.

Marisa is fluent in Spanish and holds citizenships in the U.S., Costa Rica and Spain.