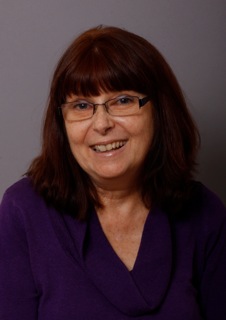 Marcia McMahon BA, Ursuline College MA, Case Western Reserve University and The Cleveland Institute of Art Marcia is an accomplished artist and author and psychic. Marcia has her art in numerous private collections throughout the US, Europe, and Canada. She was named in Who's Who in America 2002,  2003, 2010, up to 2012 for her accomplishments. Marcia's newest release, Notes from John, Messages from Across the Universe, highlight John L's latest messages from the afterlife and his new musical lyrics!  Marcia's older book titled With Love from Diana, Queen of hearts, Messages from Heaven for a new Age of Peace highlight messages from Princess Diana that can, if implemented save the world more terror, particularly the United States and countries in the Middle East. Marcia's first book Princess Diana's Message of Peace is being republished this December 2016.

Mother Teresa, Jesus and John Lennon also speak on peace within Marcia's latest book, as well as two other well known Princess Diana authors! Diana's predictions have proved chilling and accurate; her plan for peace sound. Her words have great power and grace; and are healing for many who are seeking a message of hope right now. Marcia gives powerful lectures and readings of Diana's messages as wl as presentations of the Divine feminine . She brings her artwork to accompany the reading of the words of many masters in her retreats. Marcia also does radio and TV interviews. Marcia's vision is to create a Peace and Healing Center in central IL.

Marcia is an internationally recognized angelic intuitive, author and radio show host, and has her art in numerous private collections throughout the US, Europe, and Canada. Marcia is a gifted Angelic channel for the Angels and does Angelic Reiki, Angel Readings and Aksahic readings. Marcia is nationally certified hypnotist, N.G.H.and specializing in Past Lives regression.  Marcia also works with Cancer patients in side by side wellness nutrition and reiki healing. Marcia was a stage 4 breast cancer patient and with the help of  Her Angels healed herself using alternative therapies and traditional modalities .   Visit BBS radio and tune in Saturday at 4:00 p.m., to hear Marcia’s show, - Peaceful Planet. Marcia channels Archangel Michael and the Ascended Masters. She offers excellent readings with the Archangel Michael! Here is what one client said about Marcia's reading  with AA Michael: "Marcia is an evolved soul who is attuned to high level spiritual beings, so the wisdom and power she and I have tapped into together continues to be a source of amazement and joy!  Marcia’s confidence, joy and gratitude for her intuitive wisdom are infectious -- she clearly delights in her work.  And all this has been done over Skype! DR. Laura, Boston, MA."

She continues to reach audiences on both radio and TV with her awesome and inspiring messages from Diana, Princess of Wales. Her work continues to be inspiration to those who both loved Diana, and those who are concerned for world peace in the troubled Middle East. Marcia has the gift prophecy concerning earth changes and what we as American’s need to know to truly bring peace to the planet and America! 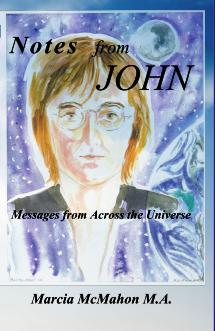 Join us this evening for a

Join us this evening for a fabulous show featuring the music inspired from the angelic realms to give tribute to the late, great John Lennon! Hear Marcia channel John, George and Other Masters including Princess Diana and some of the wonderful music being showcased this evening at 4 pm pacific 6 pm central on the Peaceful Planet.