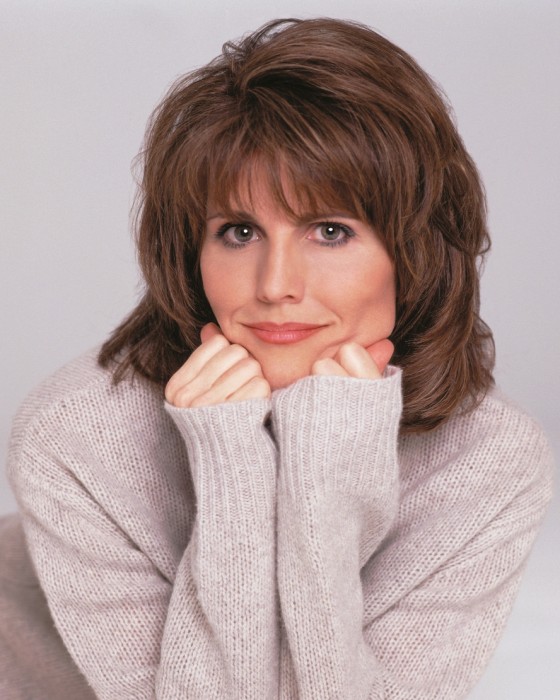 Believe it or not, Lucie Arnaz is celebrating 50 plus years in show business. She began her long career in a recurring role on television on The Lucy Show, opposite her mother, Lucille Ball. At age fifteen, she became a series regular on Here’s Lucy, a show which ran for six seasons. She starred in her own series, The Lucie Arnaz Show and later in the critically acclaimed Sons & Daughters on CBS.

On the big screen, Lucie has starred opposite Neil Diamond and Sir Laurence Olivier in The Jazz Singer (for which she received a Golden Globe nomination), opposite Tom Laughlin in Billy Jack Goes To Washington, alongside Ken Howard in Second Thoughts, and opposite Freddie Prinze, Jr. and Henry Winkler in Down To You, a Miramax film. Lucie costarred with Richard Roundtree, Robert Loggia and Bob Forster in Wild Seven and in an award-winning controversial film about second hand smoke from writer/director Alyssa Bennett entitled The Pack which debuted at Sundance.

Lucie has starred in many "made for television" films, as well, including the cult classic, Who Killed The Black Dahlia?, Washington Mistress, The Mating Season opposite Laurence Luckinbill and Swoosie Kurtz, Who Gets The Friends? with Jill Clayburg and James Farentino, and Abduction of Innocence opposite Dirk Benedict.

On the stage, Lucie got her equity card playing many of the best women's roles in the theatre - Sally Bowles in Cabaret, Daisy Mae in L'il Abner (her first time opposite Dirk Benedict), Princess Winifred, opposite Kaye Medford, Rudy Vallee, Christine Andreas and Don Amendolia in Once Upon a Mattress, Goodbye Charlie (produced by Burt Reynolds), A Time to Stay, opposite John Ritter. With Stockard Channing and Sandy Duncan, Lucie created the role of Kathy in the west coast premiere of Vanities at the Mark Taper Forum in Los Angeles. She later won the role of Gittle Mosca in the national company of the Cy Coleman/Dorothy Field's "love of a musical", Seesaw, opposite John Gavin and Tommy Tune and directed by Michael Bennett. She spent a summer at The Jones Beach Theatre in New York, playing Annie Oakley in Irving Berlin's Annie Get Your Gun, with Harve Presnell. During that summer, Broadway beckoned and she auditioned for and snagged the coveted role of the unforgettably wacky, Sonia Wolsk, in the Neil Simon/Marvin Hamlisch/Carole Bayer Sager musical They’re Playing Our Song, directed by Robert Moore for which she received The Los Angeles Drama Critic’s Circle, Theatre World and Outer Critic's Circle Awards.

In 1979, during the run of They’re Playing Our Song, Lucie met her husband, actor/writer, Laurence Luckinbill, while he was also on Broadway in another Neil Simon hit, Chapter Two. The couple were married in June of 1980 and they have appeared together in the American premiere ofEducating Rita, directed by Mike Ockrent, sold out tours of I Do, I Do and They’re Playing Our Song, national companies of Whose Life is it Anyway? and the Andrew Bergman comedy Social Security, directed by Mike Nichols (a Carbonelle Award) and in the revival of Lunt and Fontane'sThe Guardsman at The Papermill Playhouse. Lucie has also starred opposite Tommy Tune in the national company of the acclaimed Gershwin musical My One and Only (Sarah Siddon’s Award).

Ms. Arnaz returned to the Broadway stage where she received rave reviews for her portrayal of Bella in the Pulitzer Prize and Tony Award-winning play, Lost In Yonkers, written by Neil Simon and directed by Gene Saks. Lucie has starred Off Broadway as Glorie in Grace and Glorie, a two-hander, with Estelle Parsons, as Maria Callas in Terrence McNally’s Tony-Award-winning tour de force, Master Class, directed by Don Amendolia (who also directed her as Ruth in the Reprise production of Wonderful Town). In 2000 Lucie flew to London for a year and a half to star in the new Cameron Mackintosh musical, The Witches of Eastwick, playing Alexandra opposite Maria Friedman, Joanna Riding and Ian McShane which opened at the Theatre Royal Drury Lane in July 2000. She has starred at the Coconut Grove Playhouse in Eduardo Machado's Once Removed, A Picasso, by Jeffrey Hatcher directed by John Tillinger, Ann and Debbie with Elizabeth Ashley and in April 2006, she opened in Sonia Flew, costarring with her youngest child, then a senior and theatre major at University of Miami, Katharine Desiree Luckinbill.

Touring the U.S. and Europe with her critically acclaimed nightclub act, Lucie has made stops in Las Vegas, Atlantic City, Tahoe, Reno, The Cinegrill in LA, and New York’s elegant Rainbow and Stars, Feinstein’s and several sold out appearances at the world famous Birdland Jazz Club. Her first album, Just in Time, was released on the Concord Jazz label and her newest CD, Latin Rootswas released in 2010 through LML Music.

Throughout her varied career, Ms. Arnaz has found herself helming several different production retrospectives based on the iconic fame of her parents, Lucille Ball and Desi Arnaz. With her husband, Larry Luckinbill, she teamed up to form ArLuck Entertainment, which produced the Emmy award-winning documentary, Lucy & Desi: A Home Movie, (for NBC in 1993, and subsequently A&E and Nickelodeon and currently available in DVD), published two CD-ROMs; Lucy & Desi: The Scrapbooks, Volume I and How to Save Your Family History: A 10-Step Guide by Lucie Arnaz. ArLuck Entertainment produced An Evening With Lucille Ball: Thank You For Asking, a one woman show starring Suzanne LaRusch co-written and directed by Ms. Arnaz.

In January of 2010, Lucie was Artistic Director for Babalu! - a celebration of the Latin Music craze of the '40s and '50s as seen through the music of the Desi Arnaz Orchestra, which opened the 40th season of the famed Lyric and Lyricist Series at the 92nd St. Y in New York City. ArLuck Entertainment also currently produces all of Miss Arnaz’s symphony and concert performances, her lecture appearances (Surviving Success and Q&A seminars) as well as Mr. Luckinbill’s four one man shows: Lyndon, Clarence Darrow, Tonight! Teddy! Tonight!, Hemingway and a compilation lecture entitled The Great Americans: Words Matter.

In 2001 Lucie and her brother, Desi Arnaz, executive-produced the I Love Lucy 50th Anniversary Special which aired on CBS, and received an Emmy nomination. Miss Arnaz says with a smile: “A few of those kinds of projects are healthy. My parents are always happiest when they’re working.”

In 2006 Lucie spent several months back on The Great White Way costarring with Jonathan Pryce, Norbert Leo Butz, Rachel York and Gregory Jbara, and then Keith Carradine, Brian D'Arcy James, and Sherie Rene Scott in the rib tickling Jeffrey Lane/David Yazbek musical Dirty Rotten Scoundrels, brilliantly directed by Jack O'Brien and played to sell-out crowds at the Imperial Theatre where she made her first Broadway appearance nearly 30 years before in They’re Playing Our Song.

In January of 2010, Lucie was Artistic Director for BABALU: A Celebration of the Latin Music Craze of the ‘40s and ‘50s as Seen Through the Music of The Desi Arnaz Orchestra which opened the 40th season of the famed Lyric and Lyricist Series at the 92nd St. Y in New York City with sold out performances. The show received “sizzling” reviews when it played to Miami audiences the following summer.

Most recently, Lucie made waves as Berthe in the national touring company of Pippin, performing up-side-down nightly in a tantilizing trapeze act alongside original cast member John Rubenstein. 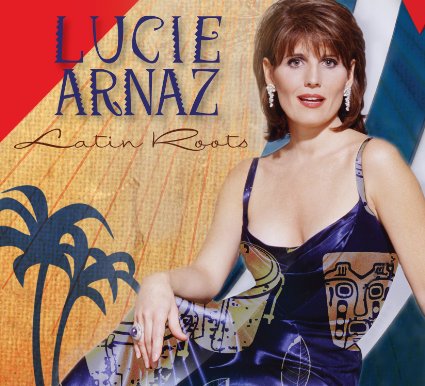