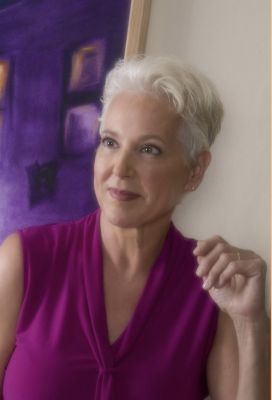 A Barnes and Noble “Discover Great New Writers” award winner, Linda Katherine Cutting’s Memory Slips (Harper Collins) was published in seven languages. It won the ASCAP  Deems-Taylor award for excellence in writing about music, was optioned for film by Columbia-Tristar, and Harper Audio’s recording of Linda reading the book and performing at the piano was a finalist for the Audie Award. Linda launched her memoir with an interview and piano performance on The Today Show.

A is for Always, a children’s book about adoption written in verse, was published by Familius/Workman August 2, 2022 and was #1 for new releases in children’s alphabet books and children’s books on adoption on Amazon.  Linda is the author; Leonie Little-Lex the illustrator.

A former concert pianist and college teacher, Linda turned to writing full-time in fall, 2017. She graduated from GrubStreet’s Memoir Incubator, a yearlong MFA-level course, in 2020, where she worked on her upcoming memoir. An adoptive mother of two, she lives with her husband and children near Boston.