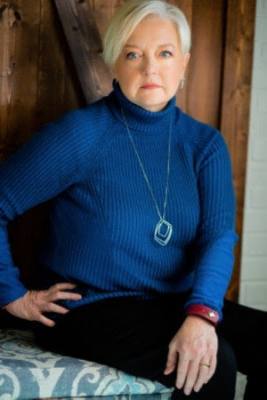 Karen L. Cox is an award-winning historian and a Distinguished Lecturer for the Organization of American Historians. Her first book, Dixie’s Daughters: The United Daughters of the Confederacy and the Preservation of Confederate Culture, won the 2004 Julia Cherry Spruill Prize from the Southern Association for Women Historians for the Best Book in Southern Women’s History, and was reissued in 2019 with a new preface. She’s also the author of Dreaming of Dixie: How the South Was Created in American Popular Culture, and Goat Castle: A True Story of Murder, Race, and the Gothic South.

A successful public intellectual, she has written op-eds for the New York Times, the Washington Post, CNN, TIME, Publishers Weekly, and the Huffington Post. Her expertise on southern history and culture has led to numerous newspaper, radio, and television interviews with media outlets from around the world. She appeared in Lucy Worsley’s BBC Production of American History’s Biggest Fibs and the PBS documentary Reconstruction: America after the Civil War, produced by Henry Louis Gates.

Her most recent book No Common Ground: Confederate Monuments and the Ongoing Fight for Racial Justice will be published by UNC Press (a Ferris & Ferris Imprint) in April 12, 2021. It examines the long history of Confederate monuments from those first built after the Civil War to the protests against them in the summer of 2020. Pre-order No Common Ground from IndieBound, Barnes & Noble, Amazon, or Park Roads Books in Charlotte, North Carolina.