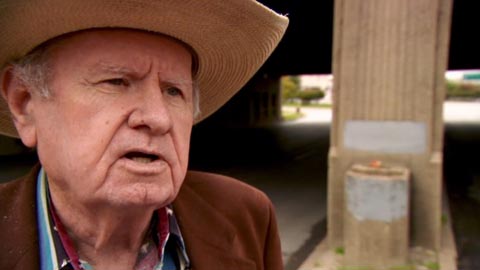 James T. Tague spent 5 years in the Air Force, had a career in the automobile business rising to top management and is today recognized as a top researcher on the Kennedy assassination. It was an accident of timing that he was in Dealey Plaza that November day in 1963 and received a minor injury during the assassination of President Kennedy. But it was no accident that James Tague spoke up 6 months later when the Warren Commission was about to ignore the missed shot – his testimony changed history.

ABOUT LBJ AND THE KENNEDY KILLING...
This is unlike any other book about the assassination of President John F. Kennedy. The author, James Tague, was there and he was wounded by the debris from a missed shot on that fateful day. He stood up to our Government when the Warren Commission was about to ignore what really happened and spoke to the true facts. James Tague’s testimony changed history and the “magic bullet” was born in an effort by the Warren Commission to wrongly explain all the wounds to President Kennedy and Governor Connally, and to try and convince the public that Lee Harvey Oswald was the “lone nut assassin.” Tague, a long time Dallas area resident, initially believed the Warren Report, but time, diligent research and amazing revelations told to him by prominent Texans has given James Tague an inside look at what really happened. Be prepared to learn new facts, never before published, about one of our nation’s darkest moments.

Born in Plainfield, Indiana Tague had been driving to downtown Dallas to have lunch with a friend when he came upon a traffic jam due to the presidential motorcade. He then stopped his car, got out of it, and stood by Dealy Plaza, at the south curb of Main Street, 520 feet (158 m) southwest of the Texas School Book Depository. He was a few feet east of the eastern edge of the triple underpass railroad bridge, when Tague saw the presidential limousine, and heard the first shot.

Like many other witnesses, Tague remembered hearing this first shot and likened it to a firecracker. Tague later testified that the first shot he recalled hearing occurred after the presidential limousine had already completed the 120-degree slow turn from Houston Street onto Elm Street and then straightened out. The motorcade then proceeded towards him.

Tague's position in Dealey PlazaSoon after the shots were fired, Tague was approached by Dallas sheriff detective Buddy Walthers. The detective asked Tague where he had been standing. The two men then examined the area and discovered — on the upper part of the Main Street south curb — a "very fresh scar" impact that, to each of them, looked like a bullet had struck there and taken a small chip out of the curb's concrete. They came to the conclusion that one bullet ricocheted off the curb and the debris hit Tague. The detective told Tague it looked like a bullet had been fired from one of the Houston and Elm Streets intersection buildings and had hit the curb.

Conjecture and conflicting theories have clouded the true events of what happened in Dealey Plaza that day. People theorize that Lee Harvey Oswald was the lone assassin. Others claim there were more shooters and/or conspirators involved. Like the various conflicting assassination theories, there are several conflicting theories explaining how Tague was wounded in Dealey Plaza. An in-depth and unbiased analysis of all of the possible scenarios involving James Tague being wounded in Dealey Plaza is one of many requisites for reaching a conclusion about what actually happened during the assassination of John Kennedy.
From James Tagues's new book LBJ and The Kennedy Killing:

“ I had not been called to testify before the Warren Commission and there was no mention of the missed shot. By accident I came into contact with a young Dallas Times Herald reporter that very morning. His name was Jim Lehrer, he came to my place of business. Before I told Jim Lehrer about the missed shot and my minor injury during the assassination, I asked Mr. Lehrer not to use my name. He agreed.

It had been over six months since the assassination of President Kennedy and there had been almost no mention in the media, newspaper or television, of a missed shot or my minor injury. By now if I told someone I had been there in Dealey Plaza when the assassination occurred, and that a bullet had hit the street in front of me throwing debris into my face during the shooting, they would look at me like I was the biggest liar in the world, and turn and walk away shaking their heads.

I told Jim Lehrer how I happened to be in Dealey Plaza by accident, getting stopped by traffic and then the gunshots. It was about 9:30 in the morning on June 5, 1964 when I met Mr. Lehrer. I had just returned from the Indianapolis 500-mile race and had some spectacular film developed the day before that I had taken at the race of the crash that killed Eddie Sachs and Steve McDonald.

After the interview about my being in Dealey Plaza, the missed shot, and my minor injury during the Kennedy assassination, I showed Mr. Lehrer the Dealey Plaza film and then I showed the Indy crash. I remember asking Lehrer if there was any value to the Indy film and he told me no, a week had passed and it was now old news.

About an hour after Lehrer left my office, around 11 a.m., he called me all excited. The Dallas Times Herald was an evening newspaper and it had not come out yet, but he had put my story on the wire services. He stated he was getting calls “from all over,” including the Warren Commission, wanting to know who I was, and he had to tell them. He assured me he was not using my name in the story in the local paper. It was years before I was able to put the whole story together and realize what Jim Lehrer’s interview had triggered.

One thing I found out was that the FBI was at Lehrer’s Dallas Times Herald office at 4:30 that afternoon and their FBI report was not kind to me. I have a copy of that FBI report of their meeting with Lehrer that afternoon of June 5, 1964.

One of the things in that FBI report that aggravated me was that my asking Mr. Lehrer if the film about the Indy crash I had showed him had any value was now in the FBI report saying I was trying to make money off of the assassination of President Kennedy. There were other non-flattering things in the Lehrer-FBI report. People in the know have told me that is the way the FBI writes their reports when they want to discredit you. 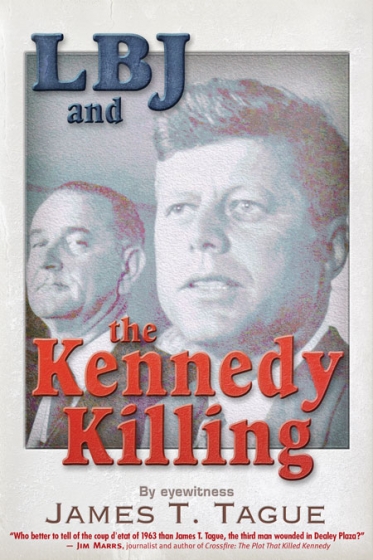