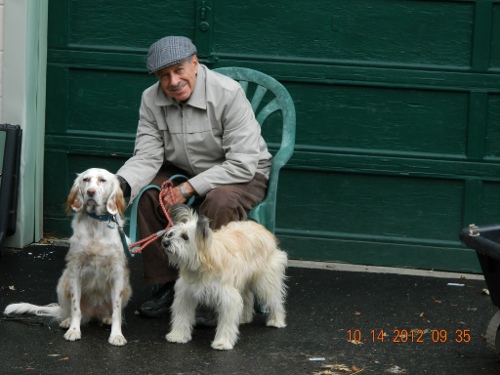 He is the author of more than 62 books published in 29 languages, and over 600 articles in professional journals, including the American Sociological Review, British Journal of Sociology, Social Research, and Journal of Peasant Studies. He has published over 2000 articles in nonprofessional journals such as the New York Times, the Guardian, the Nation, Christian Science Monitor, Foreign Policy, New Left Review, Partisan Review, TempsModerne, Le Monde Diplomatique, and his commentary is widely carried on the internet.

His publishers have included Random House, John Wiley, Westview, Routledge, Macmillan, Verso, Zed Books and Pluto Books. He is winner of the Career of Distinguished Service Award from the American Sociological Association’s Marxist Sociology Section, the Robert Kenny Award for Best Book, 2002, and the Best Dissertation, Western Political Science Association in 1968. His most recent titles include Unmasking Globalization: Imperialism of the Twenty-First Century (2001); co-author The Dynamics of Social Change in Latin America (2000), System in Crisis (2003), co-author Social Movements and State Power (2003), co-author Empire With Imperialism (2005), co-author)Multinationals on Trial (2006).

He has a long history of commitment to social justice, working in particular with the Brazilian Landless Workers Movement for 11 years. In 1973-76 he was a member of the Bertrand Russell Tribunal on Repression in Latin America. He writes a monthly column for the Mexican newspaper, La Jornada, and previously, for the Spanish daily, El Mundo. He received his B.A. from Boston University and Ph.D. from the University of California at Berkeley.

ABOUT The Politics of Empire: The US, Israel and the Middle East by James Petras...

This book provides a unique conception of US empire building, linking overseas expansion with:

- the growth of a police state and declining living standards;

- large scale, long term commitments of economic and military resources to wars in the Middle East to the detriment of major corporate interests, but for the benefit of a pariah state, Israel; and

- the power of a foreign state (Israel) over US policy via its domestic pro-Zionist power configuration The interplay of these four specific features of US empire building has no past or present precedent among imperial states.

Because of Israeli-Zionist influence on US imperial policy, the main targets and objectives of imperial wars are located in the Middle East. The objectives of Israeli and Zionist- influenced US policy in the Middle East is to enhance Israeli regional power and the dispossession of the Palestinian people. The trillion dollar cost of US wars for Israel, however, has alienated the vast majority of US society and driven a wedge between the political elite backing new wars for Israel, and the public prioritizing of domestic economic welfare. This study highlights how the domestic foundations of empire building have deteriorated and forced the imperial presidency to modify its approach, seeking diplomatic negotiations over new military interventions, specifically in the cases of Syria and Iran.

Imperial politics is viewed as a multi-sided power struggle between military and economic elites, Israel and the Zionist power configuration, overseas resistance movements and nationalist regimes, and the US public. The resolution of this power struggle is more than an academic question; it will determine whether the US will become a full blown police state, ruled by the pawns of a racist-colonial state engaged in endless wars or return to its roots as an independent democratic republic “free of foreign entanglements”. 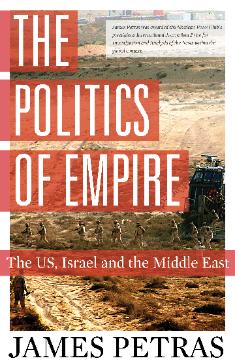