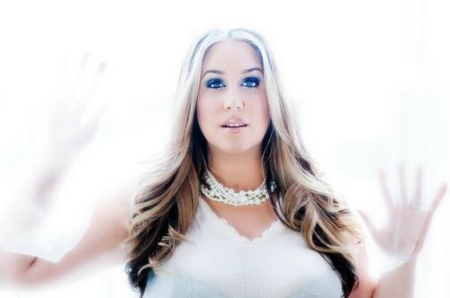 In her interviews, Hillary focuses on issues ranging from urgent earth matters to space and defense, metaphysics, technology applications to solving problems of health, the environment, and energy, to the spiritual, paranormal, and consciousness realms. Hillary explores esoteric and scientific teachings, including new discoveries of the mind/body connection.

Hillary Raimo is an internationally renowned clairvoyant. She is also an expert on multi-dimensional healing. Hillary specializes in communicating about how the mind/body healing process frees consciousness on a personal to global level in order to help enable body energy and collective consciousness to transcend time and space.

Hillary's interviews, writings and client work include her focus on personal and on current world situations and events, interpretations and perspectives with a deep understanding of ancient cultures, sacred sites, the paranormal, and esoteric systems applied within the context of the unique universal tapestry of unfolding knowledge, with her intuitive insights. Her writings share the combination of her special intuitive and self-empowerment skills to help people on all levels and from all cultures so they can become aware of current paradigms and choices available for their future. She presents updated researching and information that can help everyone move into states of higher frequency in order to live in the best of health and well-being for multi-dimensional living.

Hillary is a project consultant to the Outer Space Security and Development Treaty founded by Dr. Carol Rosin. She is a board member for Yraceburu Earthwisdom and founding member of Taa-nash-kaa-daa Sanctuary in New Mexico. She is a founding member of Health Source Now, and maintains a full-time Reiki practice as a licensed Usui & Karuna Master Teacher at A Peaceful Place in Clifton Park, NY. Hillary is a sought after facilitator and has been invited to numerous conferences as a key note speaker, and has participated frequently on guest panels across the country as an expert on a variety of topics ranging from higher consciousness to healing.

Hillary has contributed to numerous articles and publications including recently published books entitled Kids Who See Ghosts, by Dr. Caron Goode, Prophetic Voices, by Maria Yraceburu, Whose Stuff Is This? by best-selling author Yvonne Perry, and Oracle of Initiation: Rainbows in the Dark by Melissa Weiss-Steele. Hillary is the author of Money Matters for Mind, Body & Spirit, and Life According to an Unknown.

Hillary has been interviewed in numerous films and documentaries including The Path: Afterlife Series and Hope for Humanity.

As a highly respected writer and producer for radio, television, movies and documentaries, Hillary has produced and consulted on many projects.