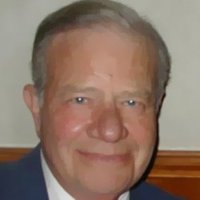 Harris has participated in all of the firms consulting assignments for such clients as the U.S. Departments of State, Commerce, and Housing and Urban Development, the American Revolution Bicentennial Administration, the Govern­ment of Panama, the Government of St. Kitts-Nevis, the London Chamber of Commerce & Industry, the Society of International Travel Representatives, the Foreign Policy Association of Panama, International Publishers Alliance, Friends Assisting Friends, the Sheet Metal Workers’ International Association, the Beverly Hills International Music Festival, the Da Vinci Exhibit, Voter Issue Alliance, High School America, the International Ivory Society, the Ivory Education Institute, and many others.

Prior to founding the company, Mr. Harris was an Intelligence Officer in the U.S. Army; a U.S. Foreign Service Officer with diplomatic assignments in Washington, Bonn, and London; served as the State Department's Public Briefing Officer, as a Management Analyst in the President’s Executive Office with responsibility for management and organizational matters in the foreign affairs and commercial sectors of the U.S. Federal government. He was Special Assistant to the President of the IOS Development Company in Geneva in 1967 and 1968.

Mr. Harris has also taught political science at UCLA and Rutgers; conducted negotiation training for the US Corps of Engineers; presented tourism seminars at the American Embassy in London, Clemson University, and the University of Hawaii; and written or co-authored some 76 books on public policy issues and business topics. Mr. Harris holds degrees from Stanford University where he graduated Summa Cum Laude, and the University of California, Los Angeles, where he was designated a Distinguished Military Graduate. He has been honored with the US Army Commendation Medal, election to Phi Beta Kappa, selection for the First Lifetime Achievement Award of Southern California publishers, and has had multiple listings in Who’s Who in America and Who’s Who in the World.

BEYOND THE PARIS ATTACKS by Godfrey Harris

Given the recent destruction of a Russian airliner over Sinai, the suicide bombings in Beirut and the horrific November 13 attack on Paris, no one can think that ISIS is done. They are going to come here just as surely as they have murdered Christians, beheaded Americans and accepted Boko Haram’s kidnappers into their terror network.

If nothing else, ISIS will want to prove to its worldwide followers that neither the French retaliatory bombing of targets in Raqqa nor American drone strikes against its leaders has deterred them in their ultimate mission to destroy democracy and establish a worldwide caliphate.

A few other things seem clear. Concern over whether comments could be interpreted as tarring an entire religion with the acts of its fanatical fringe is tantamount to taking an inventory of the table linens as the Andrea Dorea sinks. Arguing over whether we should refer to this vicious enemy as ISIL, ISIS, the Islamic State or Daesh seems to offer comfort to those who don’t want to deal with the reality of our safety; seeing this threat to America as part of an overall discussion of immigration policy only panders to the bumper sticker set. None of these matters bear on the security we seek or the truth we face:

The Islamic State believes that only Allah has the wisdom and power to make laws governing man’s behavior. ISIS followers see all forms of democracy as a presumptuous interference in God’s work.

In light of this, we need to stop thinking that the methods used in the Middle East and Europe are necessarily the same tools that would be used to strike the American homeland. We need to start thinking about defending our democratic institutions from assault in the same way we are protecting our physical sites from attack. Given the way ISIS has used television and social media to rally and recruit its followers, are we still prepared to do nothing to restrict the use of First Amendment rights to those who are committed to trying to extinguish their use by the rest of us?

The Supreme Court has generally held that freedom of speech means virtually no prior restraint. While it is well accepted that free speech does not extend to falsely shouting “Fire!” in a crowded theater, the restriction is enforced and punishment administered only after someone actually does it.

So the worrisome dilemma for Americans is that if we do nothing until serious harm befalls us, it could be too late to act in any meaningful way to reverse the damage. In fact, given the horrors already inflicted by ISIS on populations abroad, the initial destruction could be so severe, the havoc so widespread and the terror so pervasive that we might have difficulty recovering from it.

Surely there must be a better way to protect our society and preserve the Bill of Rights than simply waiting for a calamity to occur before a ponderous judicial system moves to deal with the matter. Since the Founding Fathers were able to create a dazzling array of constitutional checks and balances to permit change while protecting minority positions, shouldn’t we be able to find the same kind of balance in terms of the First Amendment?

One idea might be to create a mechanism called the Freedom Forum — a demographically representative, 15-member, Congressionally established, federal regulatory board to rule whether any imminent use of Bill of Rights freedoms could threaten society. While courts take time to receive, certify and hear an issue after the fact, Freedom Forum members serving staggered nine-year terms and connected by secure Internet applications would be specifically mandated to render quick determinations before an event occurs.

Here are two examples from history where a Freedom Forum might have answered a key question quickly and fairly for all sides:

• Was Lincoln’s suspension of habeas corpus an appropriate way to stop agitation by Confederate sympathizers living in the North?

• Was FDR’s interment of citizens of Japanese descent an acceptable precaution against a perceived threat?

Of course, the Freedom Forum would be radical, different and at the edge of current Constitutional boundaries. But surely we need to have a conversation, given recent events, on how to establish a reliable and adaptive mechanism to preserve our most cherished rights from those who would use those rights to end them forever. Need we repeat the experiences of Russia at the end of World War I, Germany in the 1930s or Czechoslovakia in the late ‘40s when the machinery of their democratic systems was used to crush their further use?

Let’s start talking before our institutions are crippled.

Godfrey Harris is a public policy consultant in Los Angeles and taught American and comparative government at UCLA and Rutgers before becoming a U.S. foreign service officer. 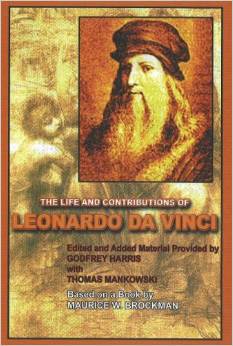