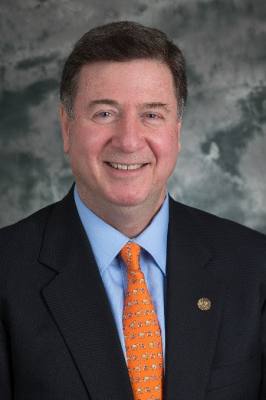 Sworn in as governor in 1994, George Allen set about to bring sweeping reform that would make Virginia a national model in economic development, public safety, education accountability, welfare reform and creative government. He challenged critics and sentiment that suggested it couldn’t be done, reining in government spending and substantially reducing the size of the state workforce. And he accomplished his reform agenda with bi-partisan support.

Elected to the U.S. Senate in 2000, Mr. Allen continued to advocate for Virginia’s families. He strove to make Congress live like families do – within its means – by introducing and advocating for real budget reform including a balanced budget amendment, line-item veto and a paycheck penalty for Members of Congress when they fail to pass appropriations bills on time.

Since leaving the U.S. Senate, George Allen has continued to advocate for the issues and ideas he has always fought for. He launched the American Energy Freedom Center, whose mission is to advocate positive ideas for American jobs, economic prosperity and promote increased freedom, opportunity and competition in the development and use of our vast energy resources. George also serves as the Reagan Ranch Presidential Scholar for the Young America’s Foundation.

Football has always been a central part of George Allen’s life. In his recently released book, What Washington Can Learn from the World of Sports, he presents solutions that can work to put people across America in a position to compete and succeed in achieving their dreams.