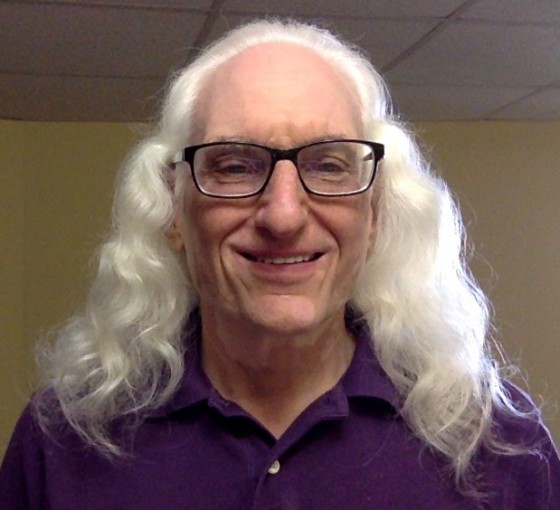 Geoffrey Barry Rosenberg received his wake up call in early June of 1969 in Madison Wisconsin where he had just completed his third year as a Pre-Med major. Psychedelics were involved. Subsequently he dropped out of school and in the fall of 1970 registered at the University of Wisconsin-Milwaukee as an art major with no previous art training. His drawing prowess made this abundantly clear. However his expressions in the "craft" area proved inexplicably transcendent.

Geoffrey began practicing Transcendental Meditation in March of 1971. His understanding of the "transcendent" nature of his creations was understood to be the influence of the "Unbounded Field of Creative Intelligence" made manifest. It took another 45 years to realize this "transcendent" quality was Sophia's Organic Light made manifest in her Dream. The clues kept appearing over this 45 year time frame but he could only connect the dots once his Archontic Implants were removed.

Geoffrey received a BFA degree in Ceramics in 1973 and a MFA degree in Fiber Arts in 1974. He continued to survive making tapestries with a stint in the early '80's as a contract administrator for a high tech Electronics manufacturer. In May of 1984 he had his first "Rebirthing" session which resulted in another major wake up call. He left his job and over the next 2 1/2 years created the 7 tapestries that are now so instrumental in his service to humanity. When folks experienced these tapestries they went into "healing crisis" and Geoffrey remembered how to balance their energy fields.

In February of 1987 Geoffrey was introduced to toning which triggered his subsequent remembrance of Arcane Shamanic shenanigans. He also found he had the peculiar ability to "activate" crystals.

In 1989 he started making crystal wands incorporating wire geometries. The Intuitive Shamanic Wizard burst forth onto the scene. Workshops followed involving doing short energy alignments along with an orientation to using the wands.

In 1994 Geoffrey stopped the wand production and became a Flower of Life Workshop Facilitator for Drunvalo Melchizedek.

At the end of 1996 Geoffrey and his wife Karen moved to Mills River, NC and with 12 partners built a 104 acre Mountain subdivision rescuing the land from a 53 unit proposed mobile home development. 76 acres of this land are now in a Land Conservancy.

Geoffrey spent the next 20 years undercover (sometimes at Mastery Systems) and working on the inner planes.