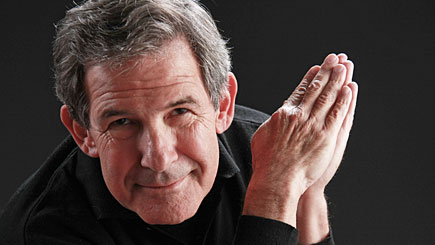 Gary Zukav's gentle presence, humor, and insightful wisdom have inspired millions to realize their soul’s greatest potential. A master teacher and the eloquent author of four consecutive New York Times bestsellers, Gary is dedicated to the current extraordinary transformation in human consciousness – an unprecedented threshold in the human experience. This transformation is no less than a Revolution of the Soul, one that touches the heart of all humanity and is based on spiritual growth, conscious choices, and a deep celebration and reverence for Life.

In 1979, The Dancing Wu Li Masters: An Overview of the New Physics plumbed the depths of quantum physics and relativity, winning the American Book Award for Science. In 1989, The Seat of the Soul led the way to seeing the alignment of the personality and the soul as the fulfillment of life and captured the imagination of millions. It became the #1 New York Times bestseller 31 times and remained on the New York Times bestseller list for three years.

In 2000, Gary wrote Soul Stories, another New York Times Bestseller, and then co-authored two more bestsellers with his spiritual partner Linda Francis. These co-creations The Heart of the Soul: Emotional Awareness and The Mind of the Soul: Responsible Choice were published in 2002 and 2003. In 2007 he wrote Soul To Soul: Communications from the Heart.

Now, Gary Zukav reveals a revolutionary new path for spiritual growth in his book Spiritual Partnership: The Journey to Authentic Power. He outlines the steps to developing this profound new relationship dynamic which enables and empowers us to reach our full potential and create authentic power and the fulfilling and joyful life that is calling to us all.

His insight, thoughtful presence, and contagious enthusiasm have endeared Gary Zukav to millions of viewers through his 34 appearances on The Oprah Winfrey Show. Six million copies of his books are in print and translations have been published in 32 languages.

Gary Zukav grew up in the Midwest, graduated from Harvard, and became a Special Forces (Green Beret) officer with Vietnam service before writing his first book.