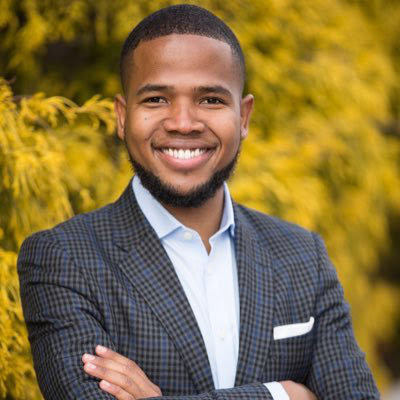 Guest Category
History
Kids & Family
Politics & Government
Self Help
Variety
Guest Occupation
General Assembly of Maryland's Delgate
Guest Biography
Gabriel Acevero is a community organizer and activist with a passion for people and public service. A resident of Montgomery Village, Gabriel is a proud public school graduate who went on to earn his Associate’s Degree in International Relations from Montgomery College and holds a Bachelor’s Degree in Political Science and Public Policy from the University of Maryland Baltimore County. Coming from a low-income background, Gabriel pursued higher education with the hopes of giving back and serving his community one day. His family immigrated to the United States from Trinidad in search of opportunity. Gabriel’s upbringing, struggles and achievements has shaped the way he fights for social and economic justice issues and advocates for his community. Gabriel has been on the frontlines of progressive fights such as criminal and juvenile justice reform, marriage equality, the Dream Act, automatic voter registration and environmental conservation. In addition to his advocacy, Gabriel is committed to building a strong Democratic Party in Montgomery County. He’s currently the President of the Association of Black Democrats of Montgomery County and serves as a District 39 precinct official. In 2016, he became a fellow with New Leaders Council Maryland and currently serves on its Advisory Board. He’s an active member of Phi Beta Sigma, Fraternity Inc., a social service organization, where he serves as its Director of Social Action and mentors young men through its youth auxiliary group, the Sigma Beta Club.
Community Leader and Legislative Advocate
A citizen activist, Gabriel has been a fixture at County Council hearings and Committee meetings in Rockville and Annapolis advocating for new resources to help close the opportunity gap within Montgomery County Public Schools, raising the minimum wage to a livable one, investing in a renewable energy future, reproductive rights and criminal justice reform. In 2012, in support of House Bill 438 and Senate Bill 241 Gabriel worked with Marylanders for Marriage Equality, a coalition of individuals and statewide community organizations to get Marriage Equality passed. That same year, he served as a Lead Organizer, bringing together members of the faith and nonprofit community to support referendum Questions 4 and 6 (the Dream Act and Marriage Equality).
For his work on criminal and juvenile justice reform in Maryland, Gabriel was recognized by The National Black Justice Coalition (NBJC) in 2015, naming him as one of “100 Emerging Leaders to Watch.” During the 2016 legislative session, Gabriel partnered with State Senator Roger Manno (District 19) to introduce SB350 (Universal Voter Registration) that would’ve automatically registered every eligible Marylander of voting age through a cost-effective statewide system. Later that year, Gabriel actively worked with the coalition of activists and stakeholders, led by Renter’s Alliance, that successfully lobbied for and passed Montgomery County’s first Renter Protection legislation. Gabriel is committed to fighting for the hardworking families like his own whose issues aren’t always represented. For his tireless advocacy, Gabriel was the recipient of the Dorothy Davidson Award in recognition of his tireless work on issues of justice and equity.
Professional Life
Gabriel is a Union Representative and Organizer with the Municipal and County Government Employees Organization (MCGEO). In this role he represents working men and women on labor related and workplace safety issues and lobbies for the right of workers to collectively bargain throughout Montgomery County.
Previously, Gabriel worked as a Legislative Analyst in Federal and State Government Relations. As the Business Development Manager for a Baltimore based commercial real estate firm for over two years, Gabriel helped build a minority owned and operated business from its early startup stage to a thriving small business that now employs a staff of fifteen. He created the firm’s social responsibility program that partners with nonprofits in Baltimore City to offer free workspace to budding entrepreneurs, startups and nonprofits.
Why I’m Running….

I’m running because I love my community;  I’ve spent many years working on legislation and advocating for issues important to working families; working families just like the one that raised me. As your representative in Annapolis, I’ll always listen to the voices in our community and work tirelessly for you, increasing the quality of life many of us share while making sure to include the experiences that aren’t always represented at the policymaking table. I’m running because regardless of who you are, where you’re from or who you love, everyone should have the same opportunities at pursuing success while also positively contributing to the social fabric that is America. District 39 deserves legislators that work for everyone in the community in ways that promote sustainable growth, safe streets, great schools, attracts desired investment and jobs that pay living wages, protects our environment, and a transportation system that is efficient.  These are realistic, attainable, goals that we can achieve. I’d be honored to earn your vote!