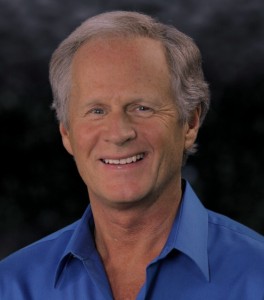 At age 14, Foster Gamble had a vision where he glimpsed what he perceived to be the Universe’s fundamental energy pattern. He spent the next 35 years trying to figure out the details and implications of what he had seen. That quest took two paths: a scientific journey and an exploration of the human potential to navigate successfully through the challenges threatening our survival. THRIVE represents the convergence of these two paths.

While at Princeton University, Foster helped to create their first film-making department. At the time, the emergence of a global media delivery system seemed likely, and Foster’s love of film combined with his concern for the planet inspired him to focus on what would be the most critical content to one day deliver through that system.

In his search for a way out of our violence and demise, Foster discovered Aikido – the non-violent martial art – which proved for him the possibility of being simultaneously powerful and gentle. He earned a third degree black belt and trained in and taught Aikido for 15 years.

Applying Aikido principles to daily life informed Foster’s professional career: He created a training and technology company, MindCenter, that employed brainwave biofeedback to help people learn how to manage stress and to tune their consciousness. He also created Interaction Dynamics, a training program for mastering skills in communication, team-building and conflict resolution for couples, business teams, schools and families across the United States. He combined Aikido energy principles and mind fitness techniques in Zonesport Training, which tapped his passion for sports in helping high level athletes to enhance their performance. Addressing the demands of balancing his own personal, family and professional lives led Foster to create a program called LifeBalance.

Furthering his exploration of what was keeping humanity from thriving, Foster spent nearly a decade “following the money” in every sector of human endeavor. The process revealed an understanding of our predicament that led him to create the strategic solutions offered in THRIVE. Foster’s exploration of “living geometry” – how nature builds the “material” world, came to fruition in 1997 when he co-convened the Sequoia Symposium, a multi-disciplinary scientific think tank exploring perspectives on “Unification Theory.”

There, the primary patterning that the universe uses to sustain healthy systems was clarified and cohered, as was its use as a blueprint for us to design sustainable, all-inclusive technologies and social systems. This discovery represents the convergence of science and the evolution of consciousness that Foster set out to explore after his initial vision, and is the “code” that is featured in the documentary film, THRIVE, and on this website.