THE LEGENDARY FEE WAYBILL OF 'THE TUBES'

Born John Waldo Waybill in Omaha, Nebraska. The name Fee came by way of a bass player who thought Waybill looked like the King of Fiji, pictured on the cover of a National Geographic magazine, and began calling him “Fiji” which eventually was shortened to Fee.

Fee was raised in Scottsdale, Arizona where he sang and acted in elementary school assemblies which led to musical comedies in high school and then on to Arizona State University as a drama major.

After moving to the mountains of northern Arizona to find his muse and living on brown rice and imagination he was enticed, without much difficulty, into being a roadie for the “Red White and Blues Band” on their way to San Francisco to make it big in the music business. Fee started singing background vocals and eventually the band combined with another Arizona band to become “The Tubes” in 1973 with Fee as frontman and lead singer.

The Tubes recorded ten LPs for A&M and Capitol Records from 1974 to 1985 and were headliners on their first tour, with 8 dancers, 7 band members, 6, 32” onstage TV monitors, wild acts and and entourage of 35 including a pyrotechnic advisor, a video supervisor and two costume mistresses.

In 1984, Fee recorded his first solo album “Read My Lips” and collaborated for the first time with Richard Marx. The pair has gone on to co-write over thirty songs for their own projects as well as for other artists.

Fee left The Tubes after the 1985-86 tour to write and act and take a break from 14 years of touring. Moving to Los Angeles in 1986, Fee has since written lyrics for movie soundtracks as well as musical artists such as The Tubes, Richard Marx, Kenny Loggins, Toto, Steve Lukather, Pat Leonard, Vixen, Emerson Drive and others. Since 1991, Fee has won six BMI Performance Popularity Awards in recognition of his outstanding songwriting.

1994 brought The Tubes back together with Fee for a long tour of Europe and a welcome reunion. The band has continued to play their unique brand of rock and roll, adding new songs to the mix of the already popular.

“Don’t be Scared by These Hands” was released in 1996, Fee’s second solo CD, followed in 1997 by the eleventh Tubes release, “Genius of America”, the twelfth, Tubes World Tour 2001 and latest CD and DVD release in 2004, The Tubes Wild West Show.

Fee is also a member (aka “Barnie”) of The Barn Theatre in Augusta MI, the oldest for profit summer stock theatre in the US, and has reprised his role as Frank N Furter in The Rocky Horror Show six times.

Since Fee’s first tenure at the Barn Theatre in 1999 he has revived the theatrical presentation of The Tubes show including props and more than ten costume and character changes in the current show. After a busy summer schedule Fee is thrilled to take a break and reprise his role, for the 6th time, as Frank Furter at the Barn. Fee says, “It’s like a vacation for me to come back to The Barn to do Rocky again, it’s so much fun and I feel so welcome. I guess old “Barnies” never die they just start stumbling over their lines, and high heels”.

In July 2015, The Tubes started a 40th anniversary European tour, including dates in Germany, Sweden and the UK. Dates in the U.S. followed.

Some of The Tubes biggest hits include …"Don't Touch Me There" "White Punks on Dope" "Prime Time" "Don't Want to Wait Anymore" "Talk to Ya Later" "Gonna Get It Next Time" "She's a Beauty" "Tip of My Tongue" "The Monkey Time" and "Piece by Piece."

The Tubes continue touring the U.S and Europe in 2016. 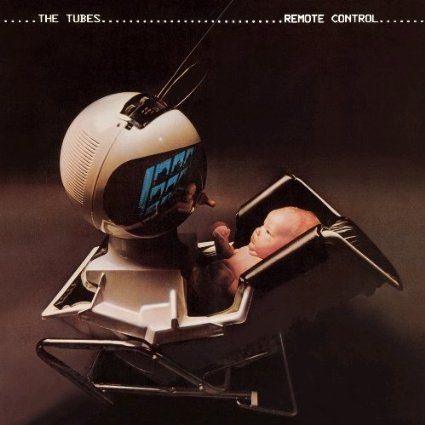