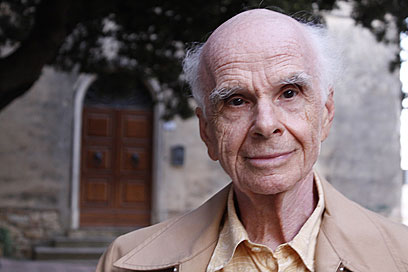 Prof. Dr. Ervin Laszlo, twice nominated for the Nobel Peace Prize, was born 1932 in Budapest, Hungary, founder and President of the Club of Budapest, was one of the first representatives in the area of systems philosophy and general theory of evolution. He published more than 70 books translated into as many as 18 languages. In the course of his long academic career as a professor for philosophy, systems philosophy and future sciences, he worked in teaching and research at a variety of reputable universities in the US, Europe, and the Far East. Laszlo publishes a quarterly scientific journal (WORLD FUTURES: The Journal of General Evolution) and a corresponding book series. He also edited a four-volume encyclopedia. Over 400 articles were published in newspapers and magazines worldwide, including the US, Europe, Japan, and China. His titles and distinctions include a Ph.D. in "Lettres et Sciences Humaines" from the Sorbonne in Paris, an "Artist Diploma" from the Franz Liszt Academy in Budapest, an honorary medal from the Kyung Hee University in Seoul, the title of honorary doctor in economic sciences of the Turku School of Economics and Business in Finland, as well as the title of honorary doctor in the area of human sciences of the Saybrook Institute in San Francisco. Together with his Finnish-born wife Carita he presently lives in a 400 years old converted farmhouse in Tuscany in the Pisa area.